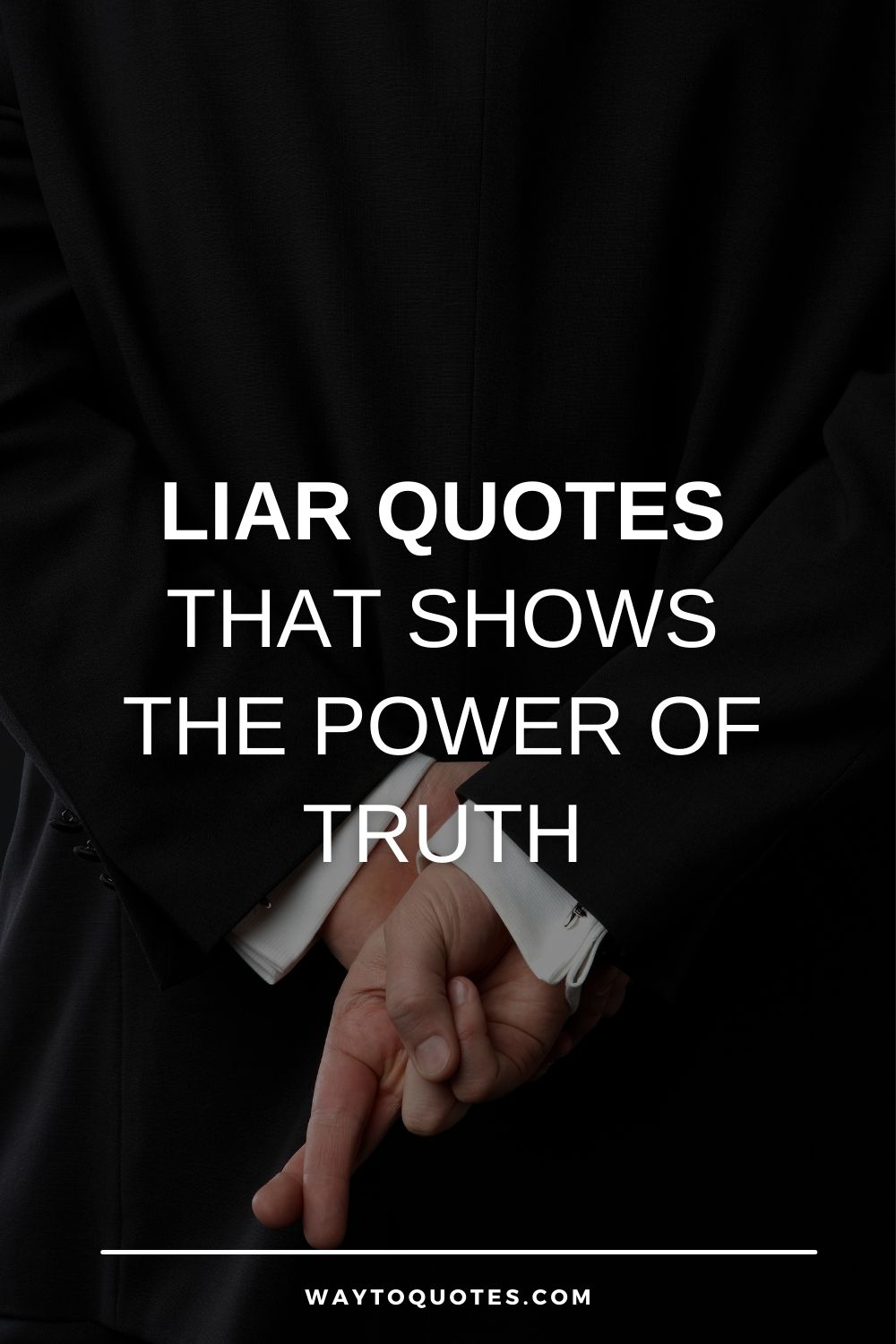 A lie is not just a false statement; it is a time bomb and a spider web that will go off sometime in the future and trap the liar from everywhere. A lie is not worth anything because the truth will definitely come out and the liar will be left with nothing but with the feeling of distrust from the people who matter to them. So never lie and keep your integrity intact with these Lying or Liar Quotes and Sayings that will tell you about the power of truth.

Lying must be one of the most useless thongs in the world. Because who are you lying to? Yourself, practically you cannot; or to a person who does not matter that much? Don’t because they anyways don’t matter; or to a person you love? You should not because if they love you then they would understand each one of your truth, and if you love them then you would wait until you are ready to tell them the truth instead of lying to them.

Truth is the only correct way to communicate and to keep life easy. So take a look at these Liar Quotes and Sayings and sail through life with the power of truth:

1. “I don’t degrade anyone, but a liar and a person, who doesn’t keep his or her words, has not any value in my eyes.” – Ehsan Sehgal

2. “Stupidity is to have amnesia over your own faults when the person you hate makes theirs.” – Shannon L. Alder

3. “But he that sows lie in the end shall not lack a harvest, and soon he may rest from toil indeed, while others reap and sow in his stead.” – J.R.R. Tolkien

4. “When your ears hear one thing, but your eyes see another…use your brain.” – Frank Sonnenberg 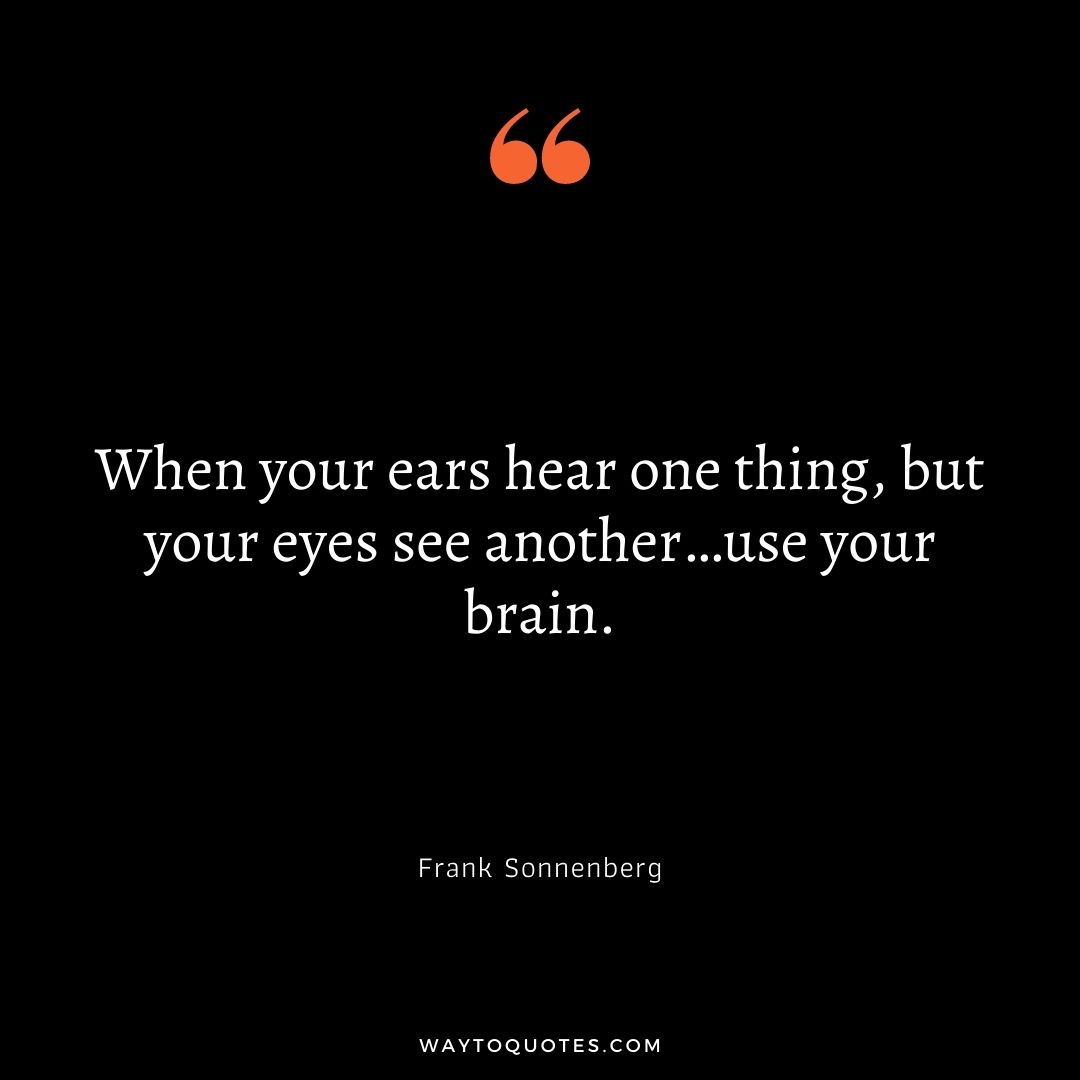 5. “Stop falling for those who won’t raise you up in the future.” – Michael Bassey Johnson

6. “Pigs are dirty, but I will tell you something dirtier: Liars! Untruth always smells like rotten garbage!” – Mehmet Murat ildan

7. “One lie has the power to tarnish a thousand truths.” – Al David

8. “Lies are like cockroaches, for every one you discover there are many more that are hidden.” – Gary Hopkins

9. “Lies sound like facts to those who’ve been conditioned to misrecognize the truth.” – DaShanne Stokes

10. “I wasn’t sure which was worse – to know you were a liar or to believe your own bullshit.” – Eileen Cook

11. “The ability to lie, paired with unaccountability, has made a near infinite amount of liabilities.” – Justin K. McFarlane

12. “Be careful… not all are what they seem. Some people pretend to be the beach, but they’re actually quicksand.” – Steve Maraboli 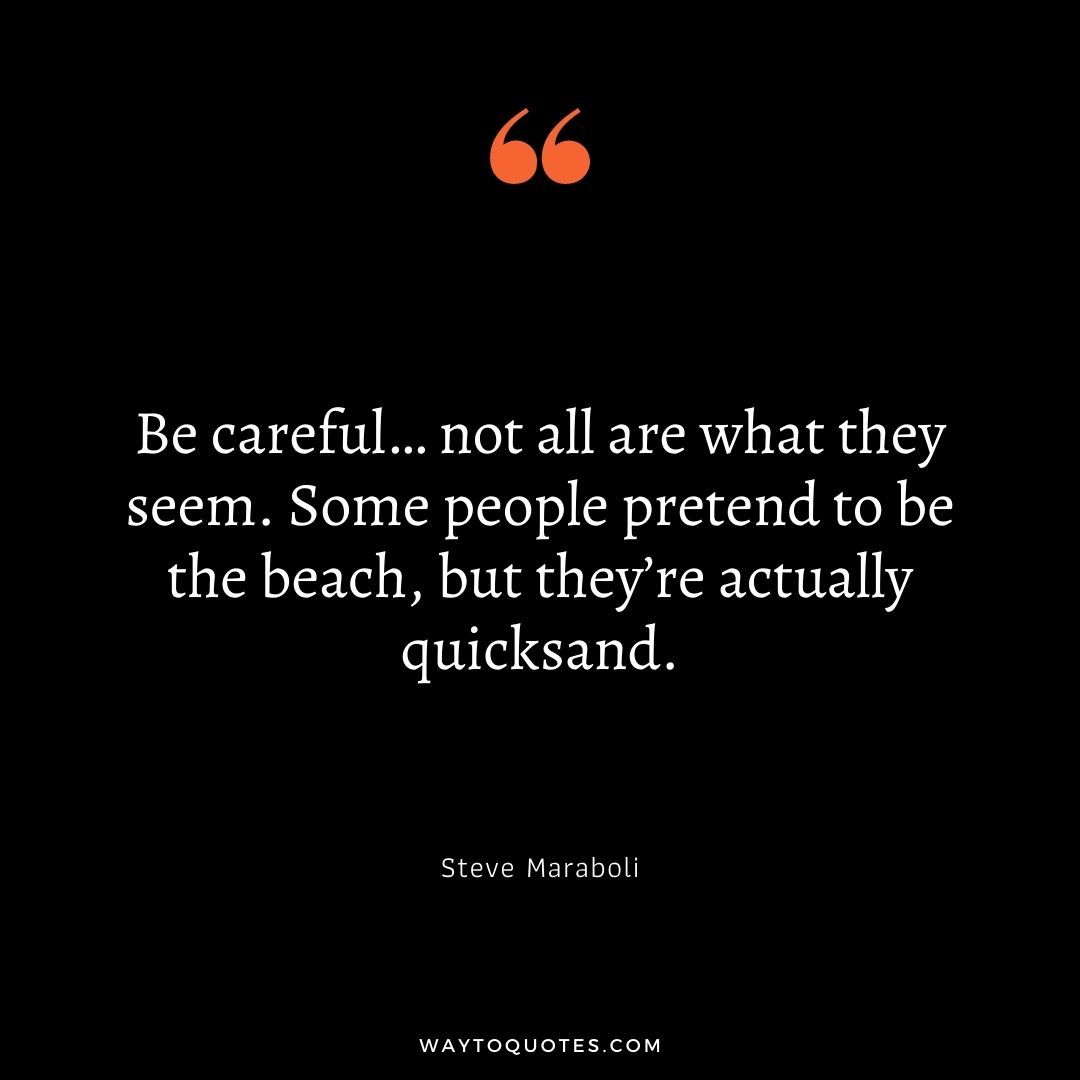 13. “Truth is as straight as an arrow, while a lie swivels like a snake.” – Suzy Kassem

14. “Some people are in such utter darkness that they will burn you just to see a light. Try not to take it personally.” – Kamand Kojouri

15. “Before you call yourself a Christian, Buddhist, Muslim, Hindu or any other theology, learn to be human first.” – Shannon L. Alder 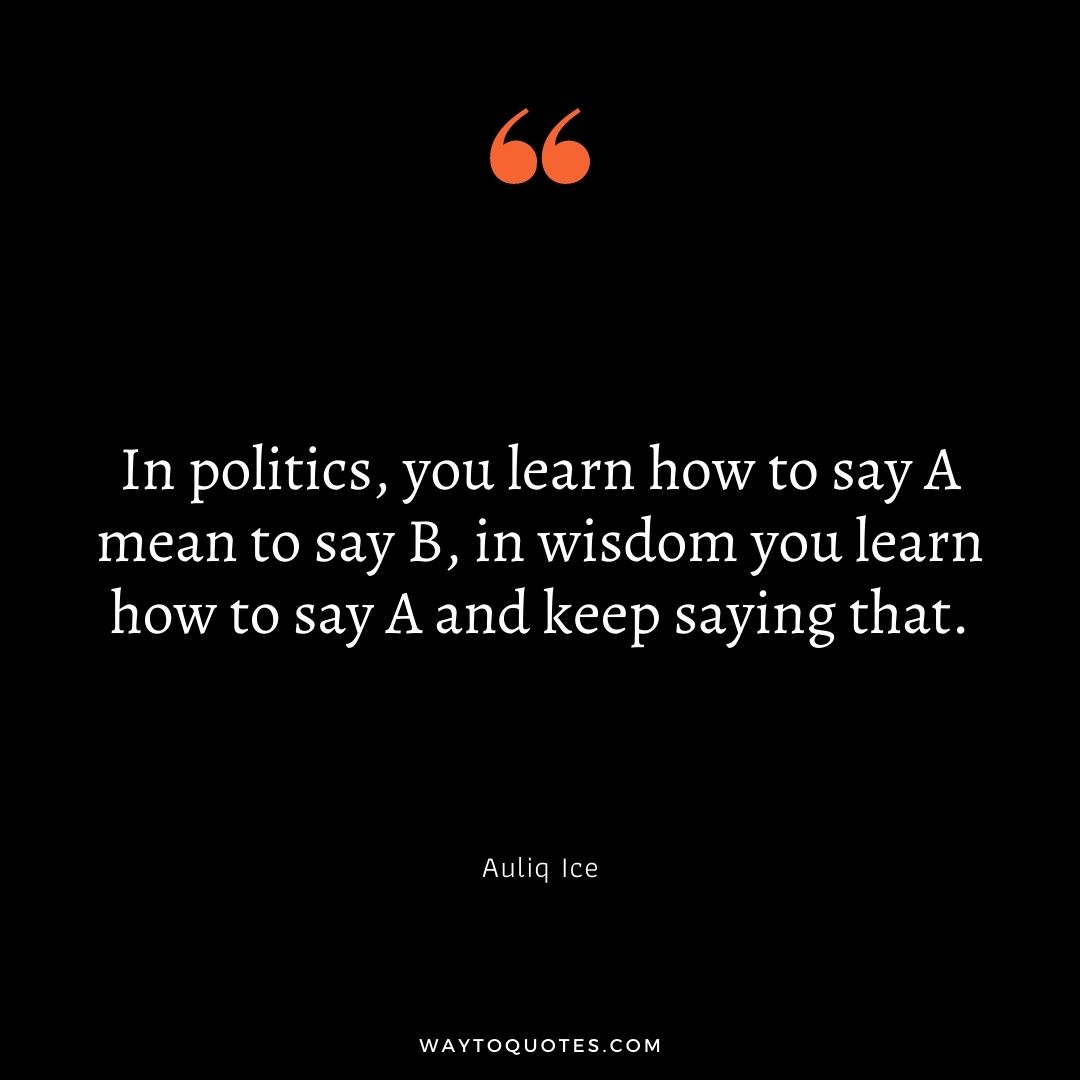 17. “There is tremendous trauma in the betrayal caused by a perpetual liar as they repeatedly commit psychological abuse.” – Cathy Burnham Martin

19. “The problem with being a liar is you can never believe anyone else.” – Chloe Thurlo

Top 20 Quotes About Liar in English

21. “No one believes a liar. Even when she’s telling the truth.” – Sara Shepard 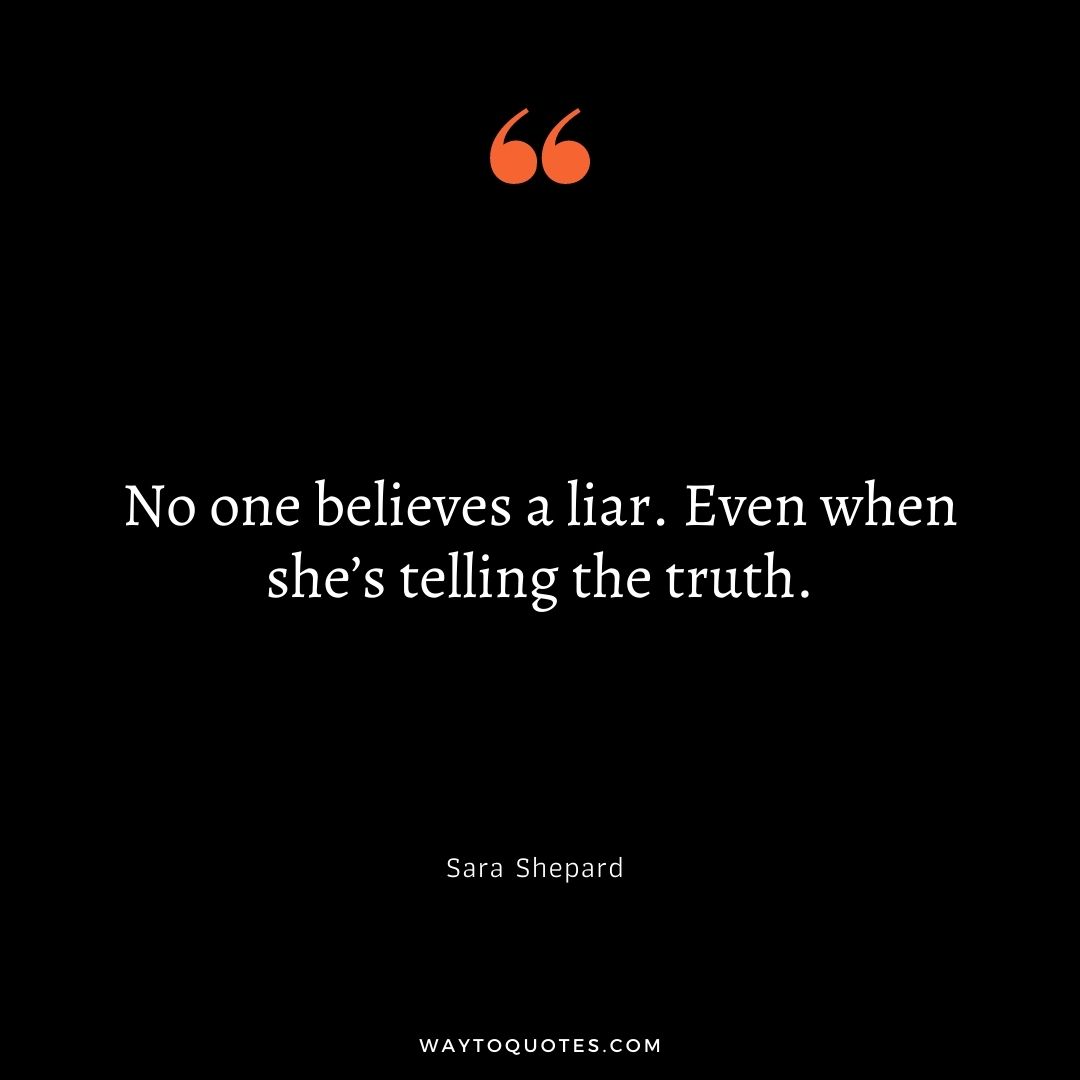 22. “Once a country is habituated to liars, it takes generations to get the truth back.” – Gore Vidal

23. “To know the good from the bad, study a man or woman’s history of actions, not their record of intentions.” – Suzy Kassem

24. “Never stand in the way of letting God use people’s actions, in order to solve a greater issue in the world.” – Shannon L. Alder 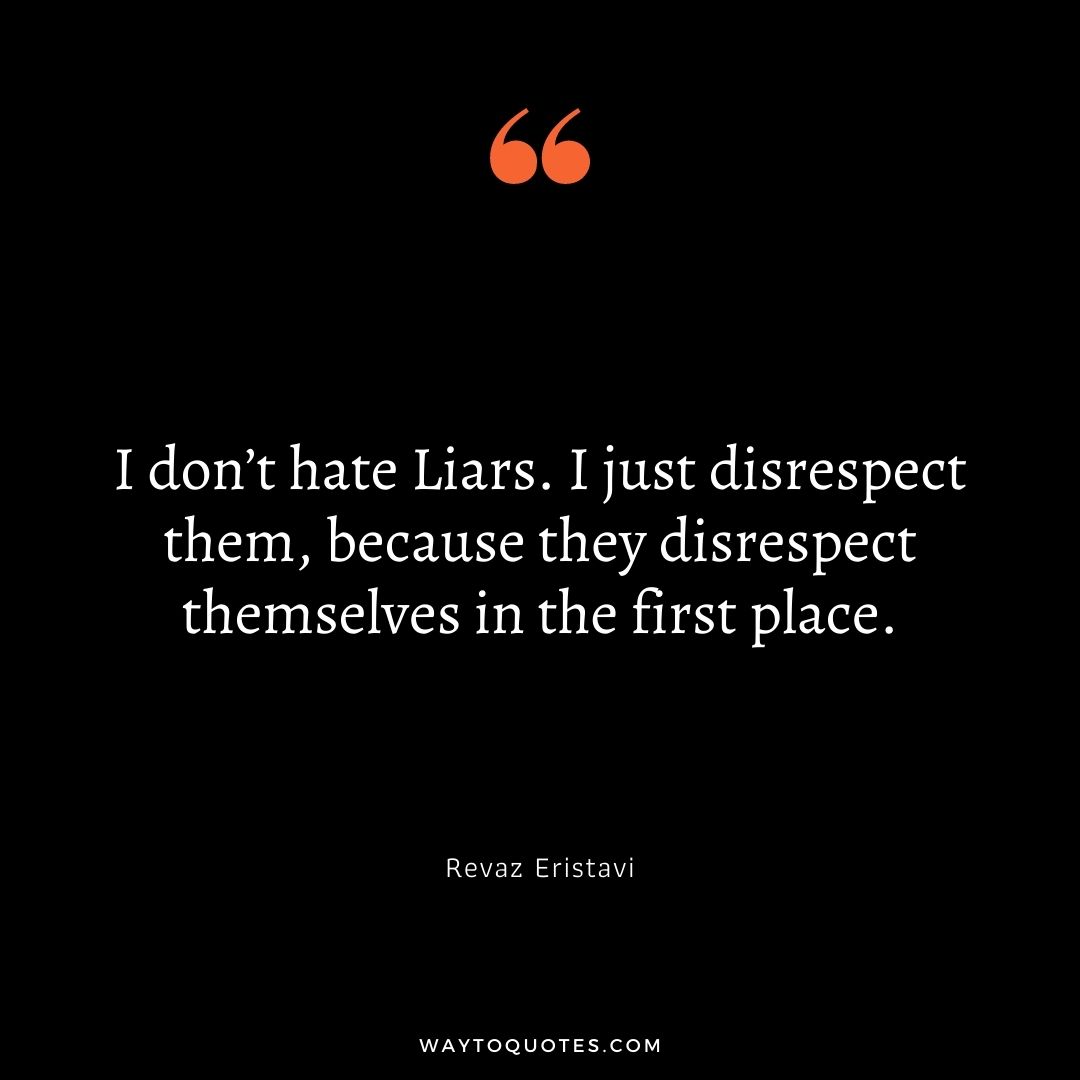 28. “Thieves and liars kill indirectly, unintentionally, and with no other weapon than their tongues and malice.” – A.E.H. Veenman

30. “I do really believe that, like so many liars, there is a real substratum of truth behind her lies.” – Agatha Christie 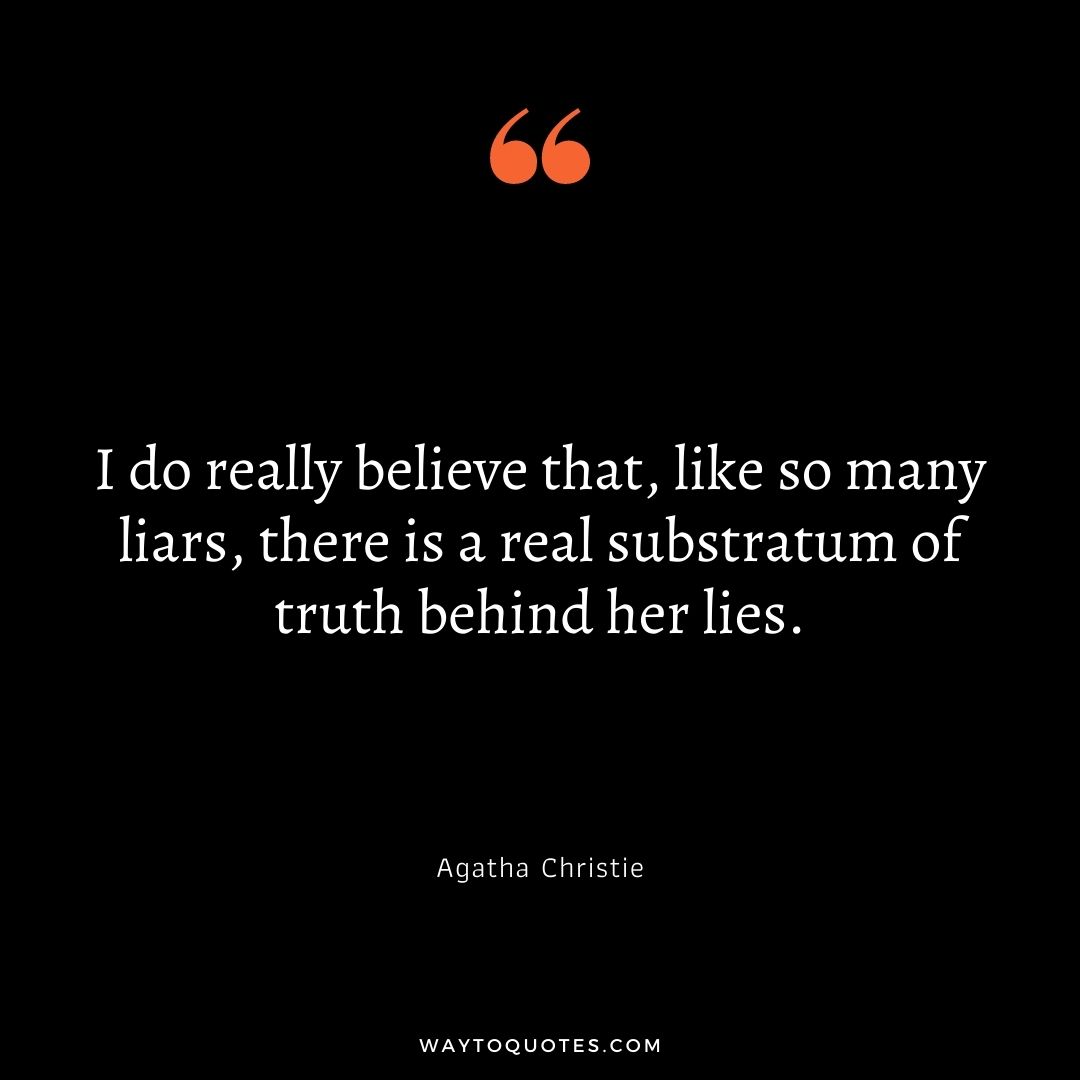 32. “Direct lies, small lies, huge lies, and lies of omission… these are all self-serving and sources of self-destruction.” – Cathy Burnham Martin

34. “Neither a fake friend nor a liar can be trusted, with a secret.” – Ellen J. Barrier

35. “The way to happiness is by the truth. Seek to be true in all things and you will have a foundation to build your future.” – Shannon L. Alder

36. “We reveal most about ourselves when we speak about others.” – Kamand Kojouri

37. “The liar was the hottest to defend his veracity, the coward his courage, the ill-bred his gentlemanliness, and the cad his honor” – Margaret Mitchell

38. “Men are liars. We’ll lie about lying if we have to. I’m an algebra liar. I figure two good lies make a positive.” –Tim Allen 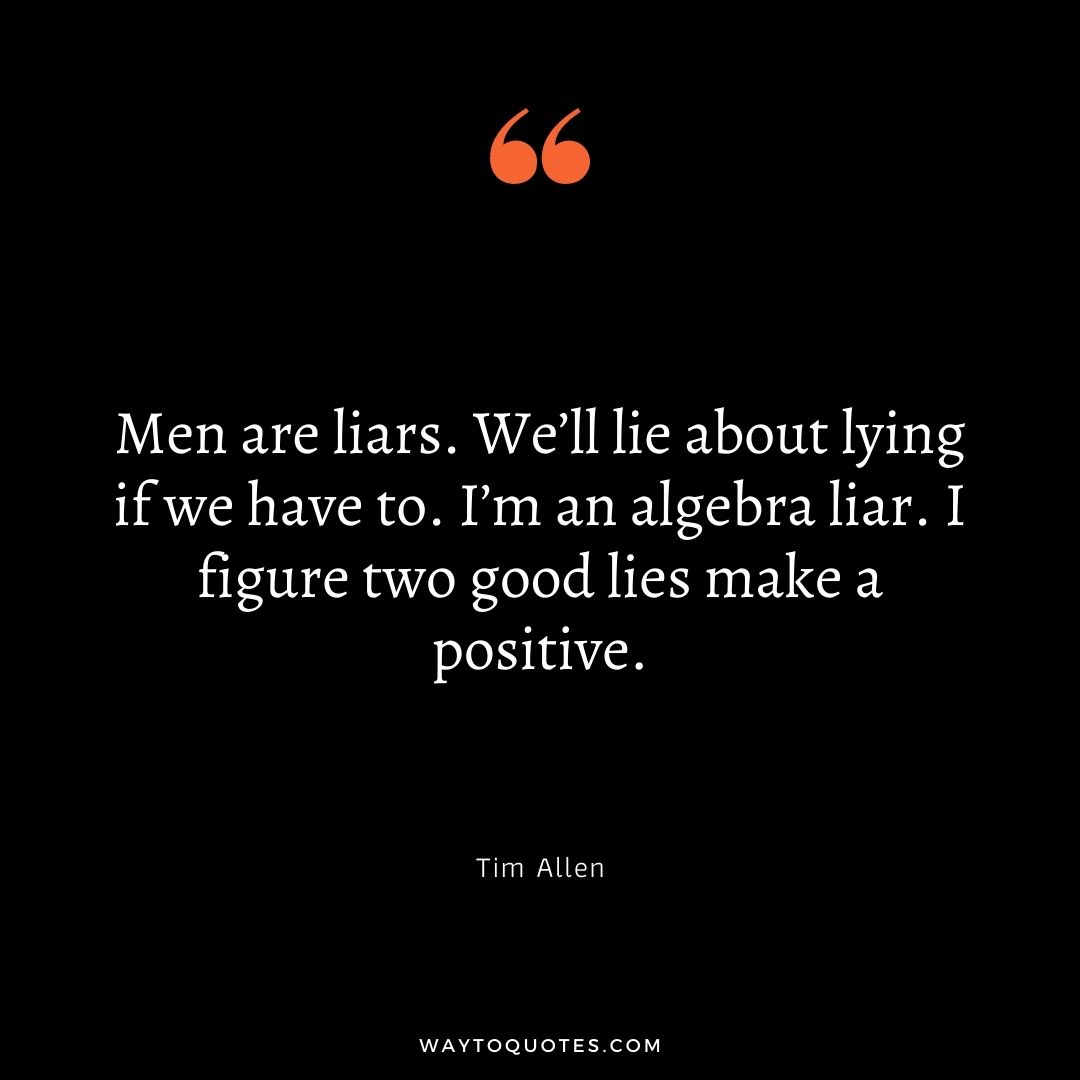 39. “Liars are always most disposed to swear.”  –Vittorio Alfieri

40. “No relationship is perfect and people who say they don’t argue are either liars or biting their tongues all the time.” –Kym Marsh

21 Liar Quotes to Help You Pursue the Truth

41. “A liar is a liar and lives on the lies he tells and dies in a life of lies.” – Carl Sandburg

42. “The truly scary thing about undiscovered lies is that they have a greater capacity to diminish us than exposed ones.” – Cheryl Hughes

43. “Hard truths can be dealt with, triumphed over, but lies will destroy your soul.” – Patricia Briggs 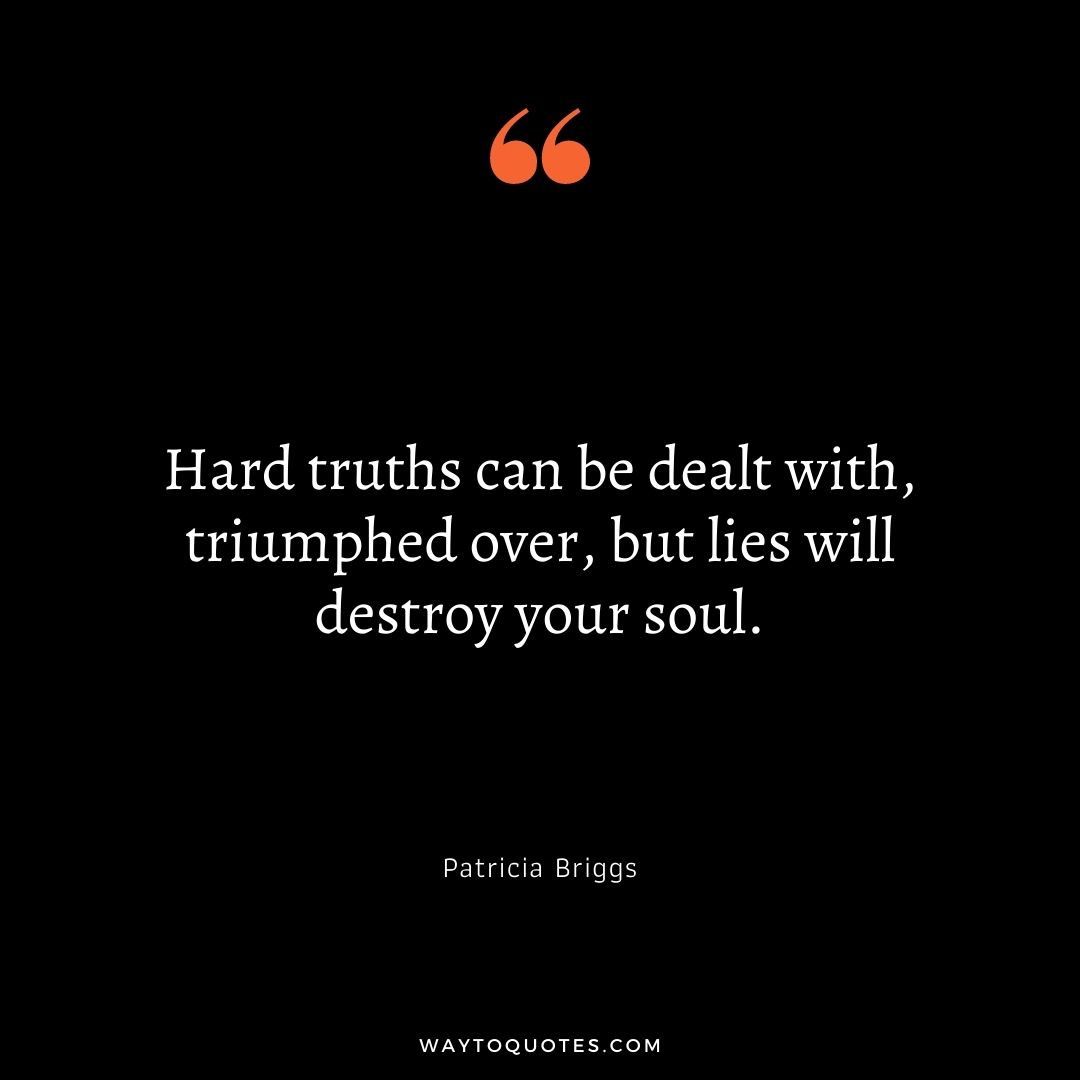 44. “Lying to ourselves is more deeply ingrained than lying to others.” – Fyodor Dostoevsky

45. “The world is not fair, and often fools, cowards, liars and the selfish hide in high places.” –Bryant H. McGill

47. “He who does not bellow the truth when he knows the truth makes himself the accomplice of liars and forgers.” –Charles Peguy

48. “The best liars lie with their eyes rather than with their words.”  –Joanna Scott 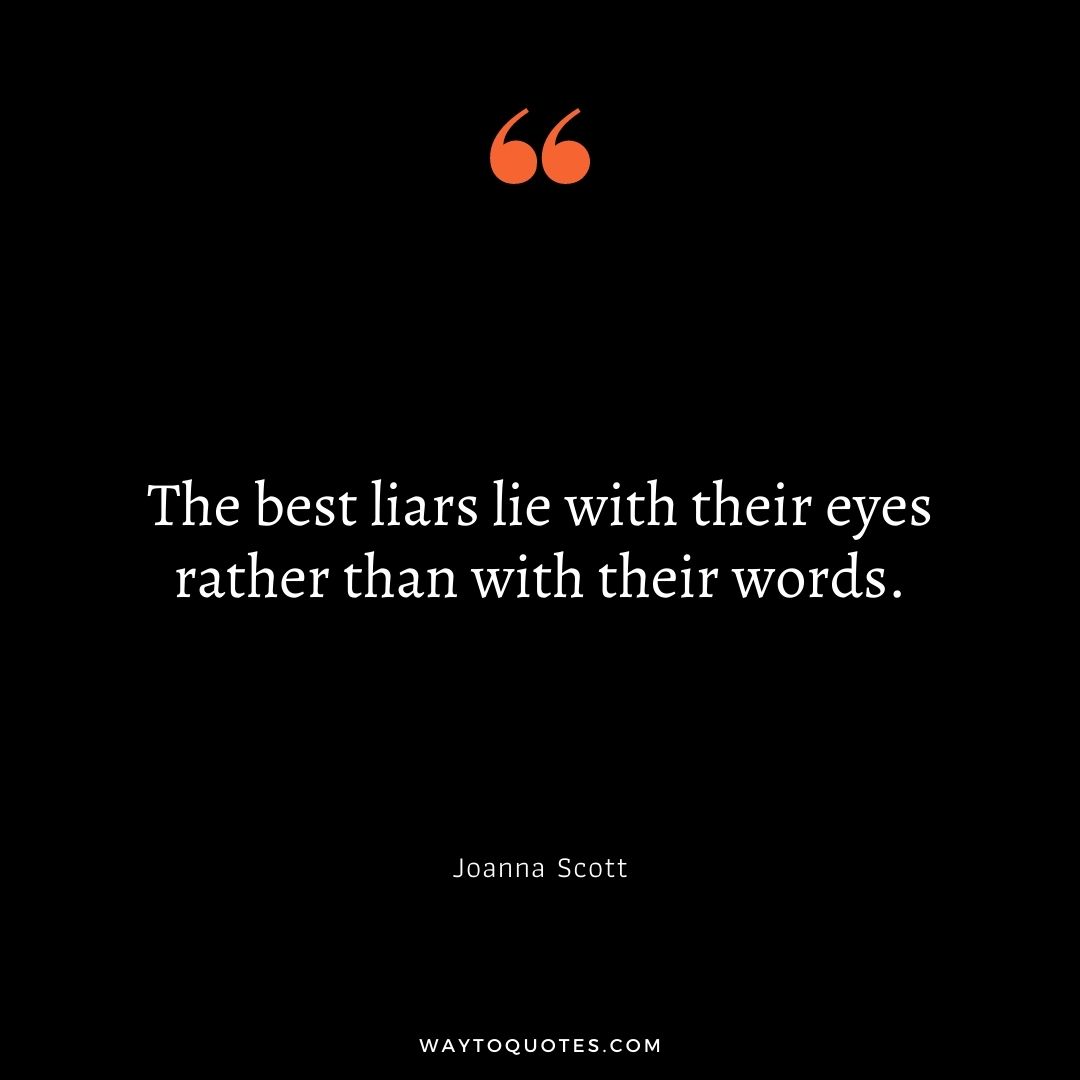 49. “I think all actors are professional liars.” –Sidharth Malhotra

51. “Unfortunately in today’s world a liar seems to be more reliable than a truthful honest man.” – Munia Khan

52. “Warns, lies, liars, and mysteries everything in one place what more awesome than that??? Better check out Blindspot!” – Deyth Banger

53. “People wear a mask of a lie so they look attractive, so be careful” – Muhammad Saqib

54. “When God takes out the trash, don’t go digging back through it. Trust Him.” – Amaka Imani Nkosazana 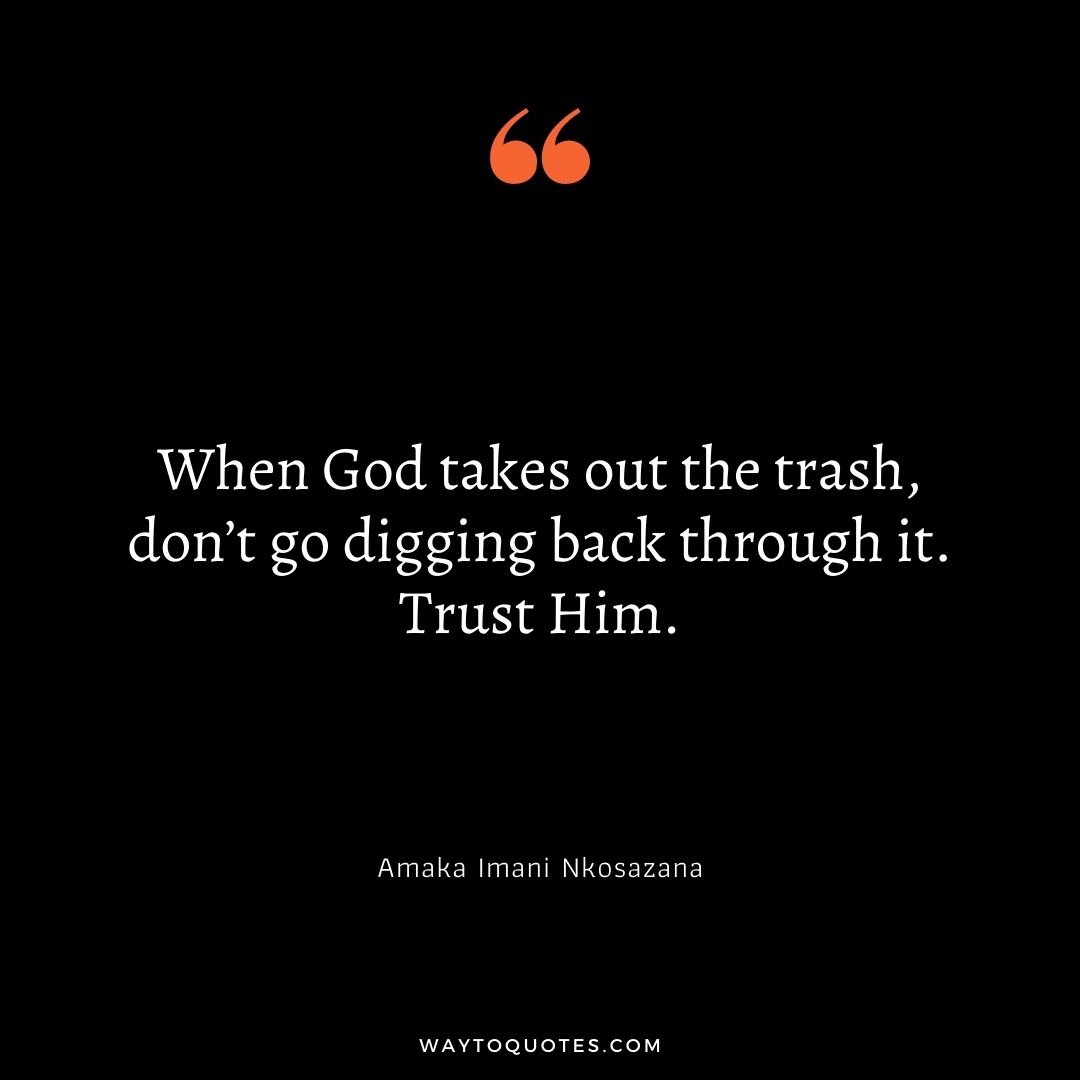 55. “People lie, cheat and bully one another and then wonder why they’re unhappy.” – Marty Rubin

56. “When your lover is a liar, you and he have a lot in common, you’re both lying to you!” – Susan Forward

57. “I’m not upset that you lied to me, I’m upset that from now on I can’t believe you.” – Friedrich Nietzsche

58. “The trust of the innocent is the liar’s most useful tool.” – Stephen King 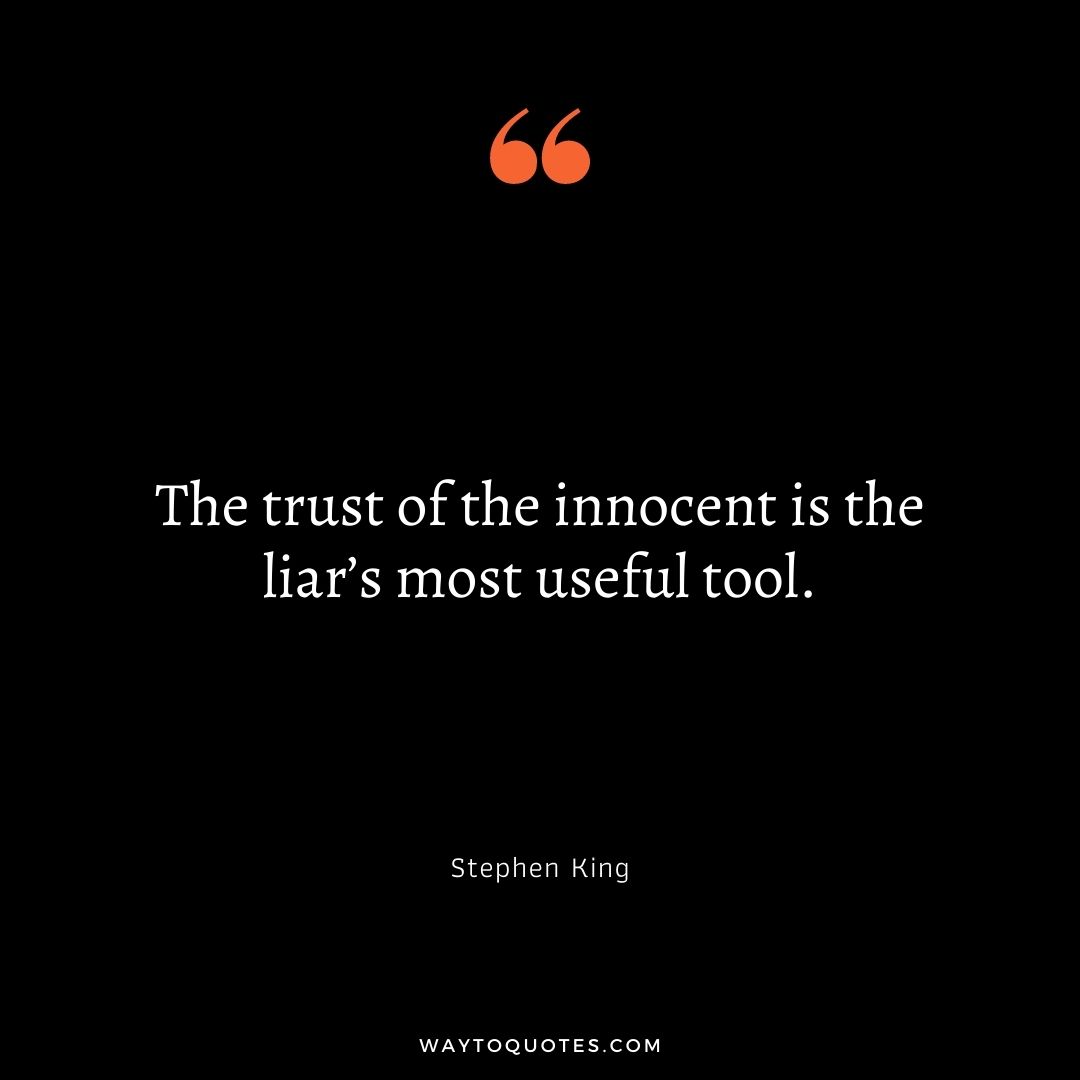 59. “Once you place that crown of liar on your head, you can take it off again, but it leaves a stain for all time.” – Terry Goodkind

60. “If you tell a big enough lie and tell it frequently enough, it will be believed.” – Adolf Hitler

62. “Lying is one of the quickest way to ruin a beautiful relationship.”

64. “Once I catch you in one lie, it makes me question everything you said.”

66. “What I don’t understand is how a person can tell you so many lies and never fell bad about it.” 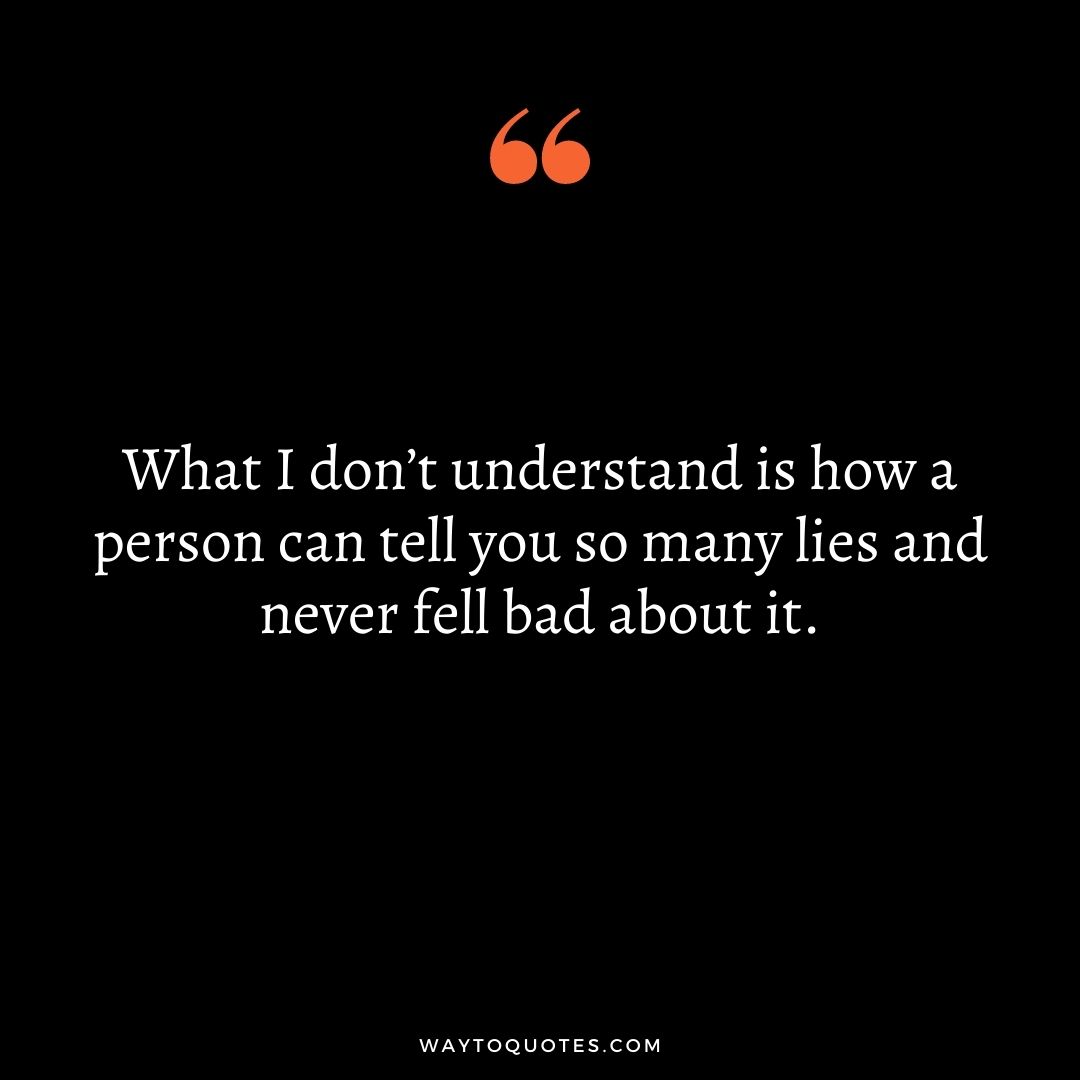 67. “Tell a lie once and all your truth become questionable.”

69. “The truth doesn’t cost anything, but a lie could cost your everything.”

70. “Just be honest with me or stay away from me. It’s not that difficult.” 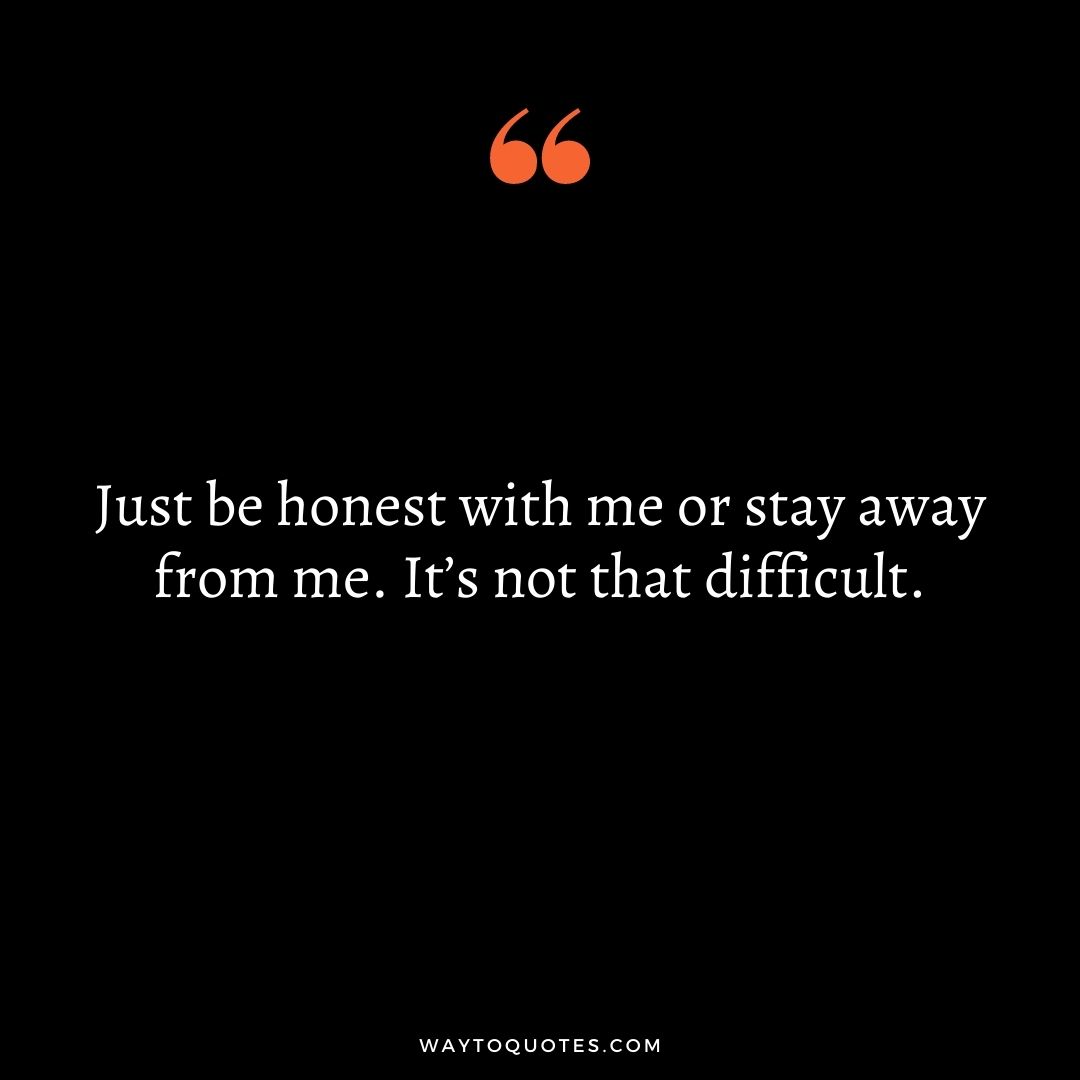 72. “I hate liars, especially when all I did was keep it real with you.”

74. “It’s not the lie that bothers me. It’s the insult to my intelligence that I find offensive.” 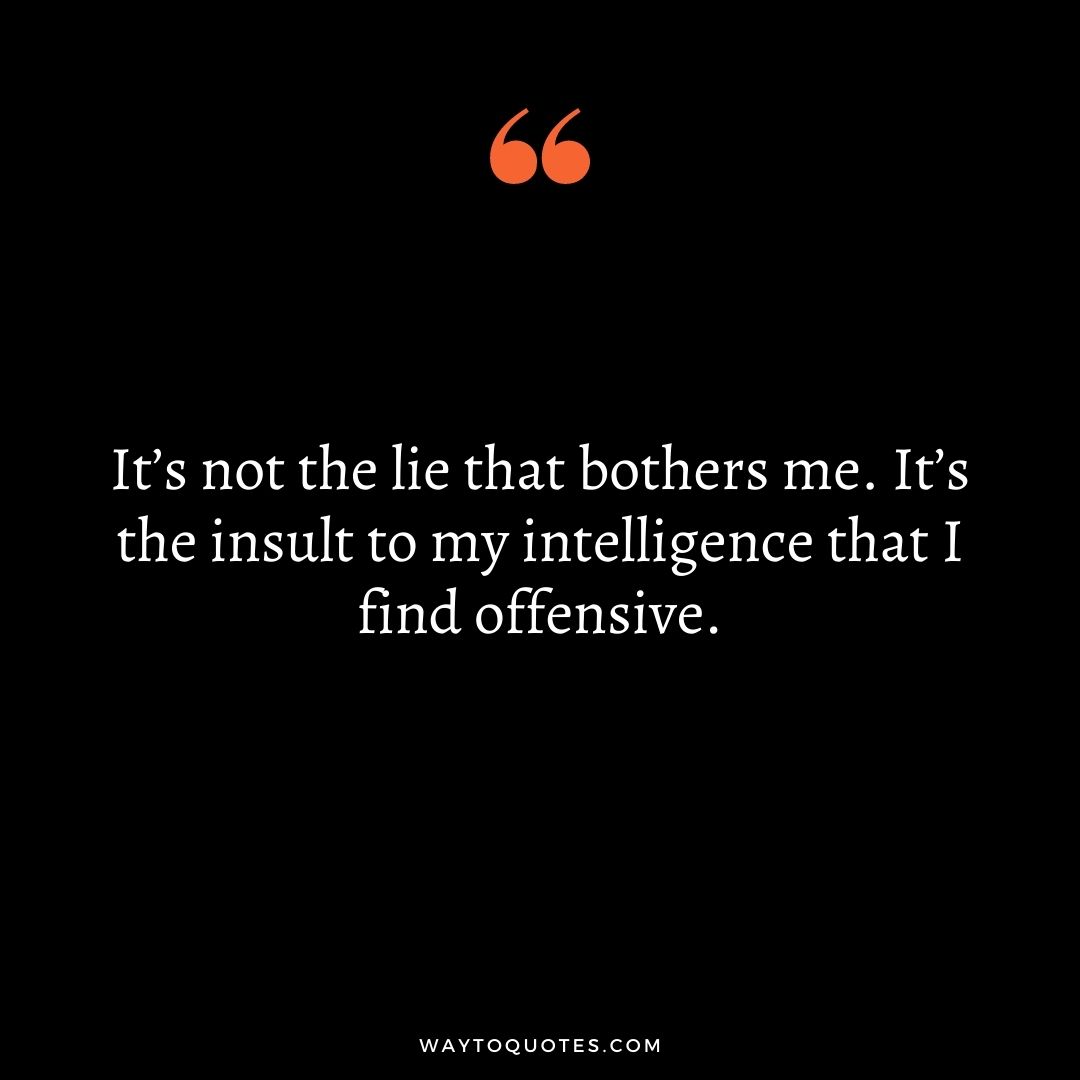 75. “Trust takes years to build, seconds to break and forever to repair.”

76. “You cannot stop a guy from cheating. They’ll start lying to you to continue doing it.”

77. “Just be honest with me or stay away from me. It’s not that difficult.”

78. “Lies are a temporary solution to a permanent problem.” 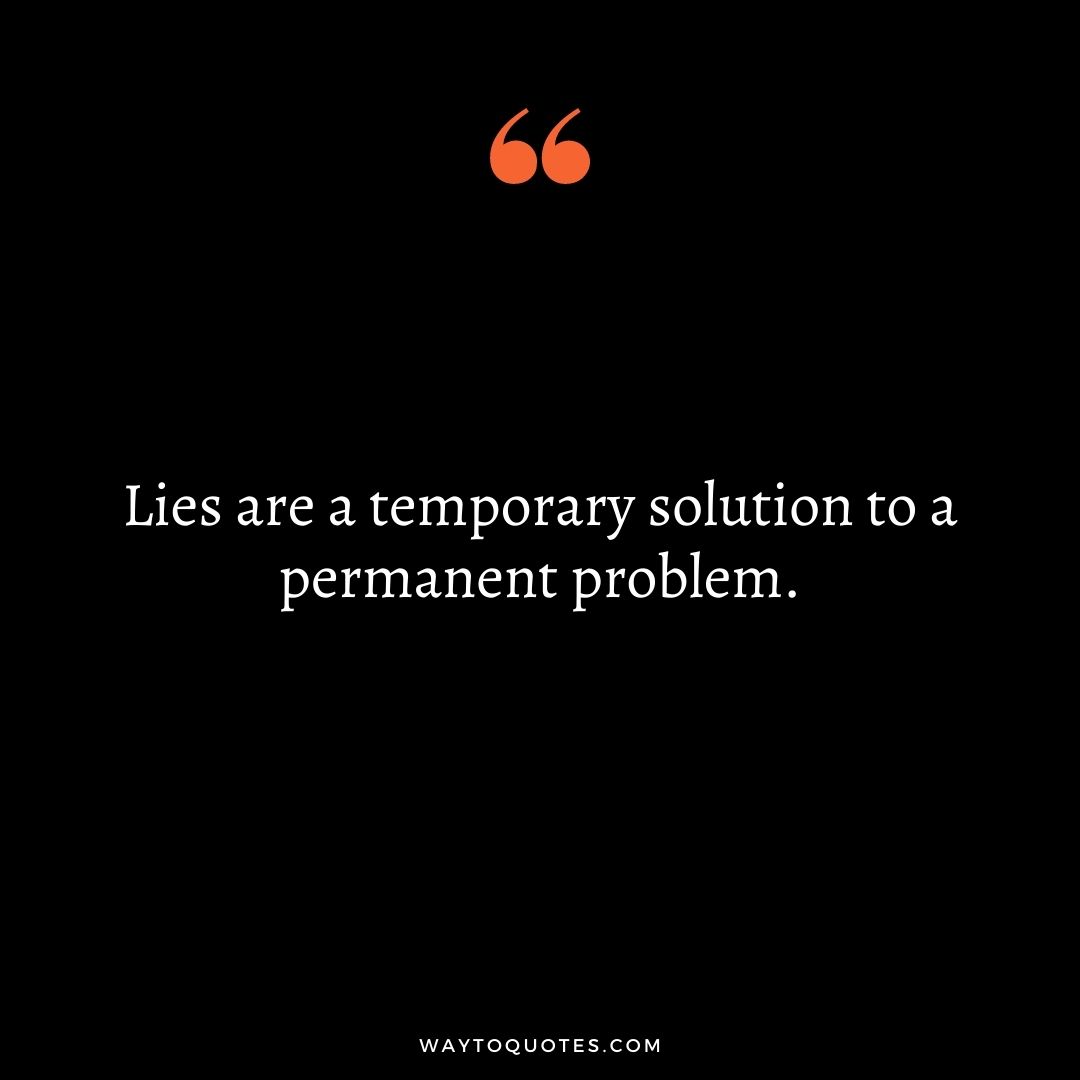 79. “You can’t constantly lie and expect people to trust you.”

82. “The truth may hurt for a little while but a lie hurts forever.” 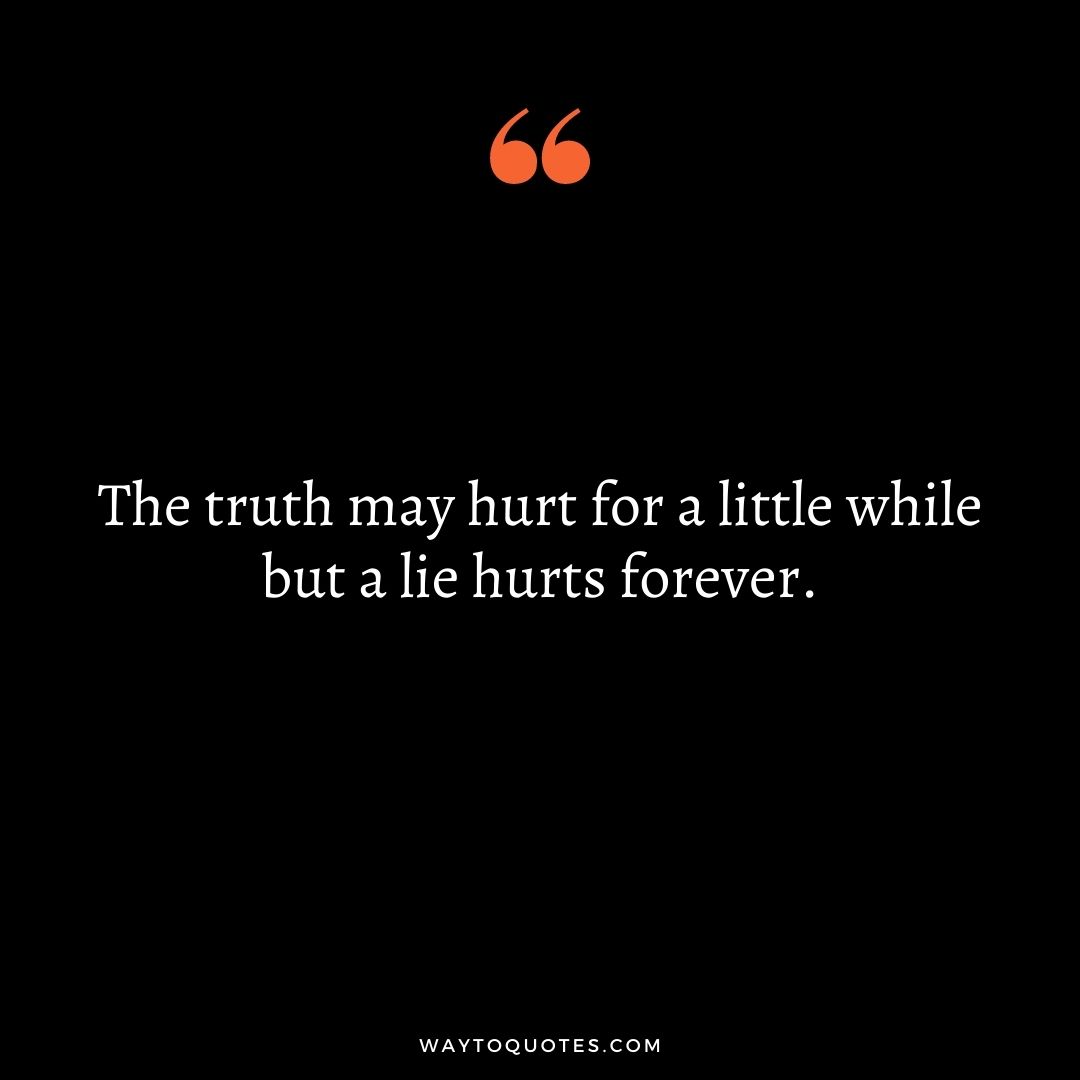 84. “Every time you lie, it brings me a little closer to goodbye.”

85. “Lying is done with words and also with silence.”

87. “A person who says they will never lie to you is probably lying already.”

90. “The worst part about being lied to is knowing that to that person, you weren’t worth the truth.” 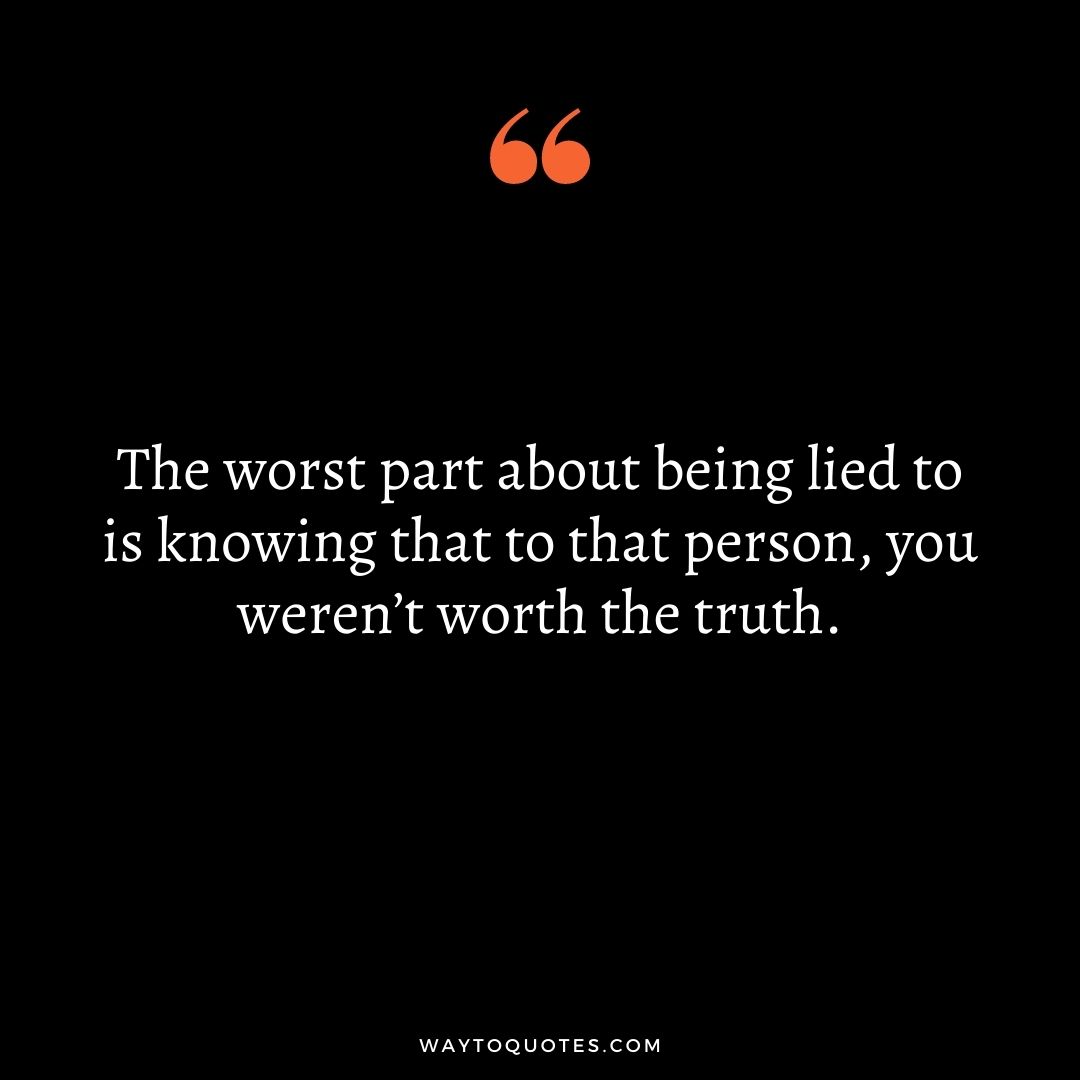 91. “Don’t lie to me unless you’re absolutely sure that I will never find the truth.”

92. “A true relationship is when you can tell each other anything and everything. No secrets and no lies.”

94. “Never argue with someone who believes their own lies.”

95. “An honest enemy is always better than a friend who lies.”

96. “You don’t lie to the person you love. It’s the most horrible thing to do as a lover.”

97. “If you tell the truth, you don’t have to remember anything.”

98. “A lady would rather be hurt with the truth than with a lie.” 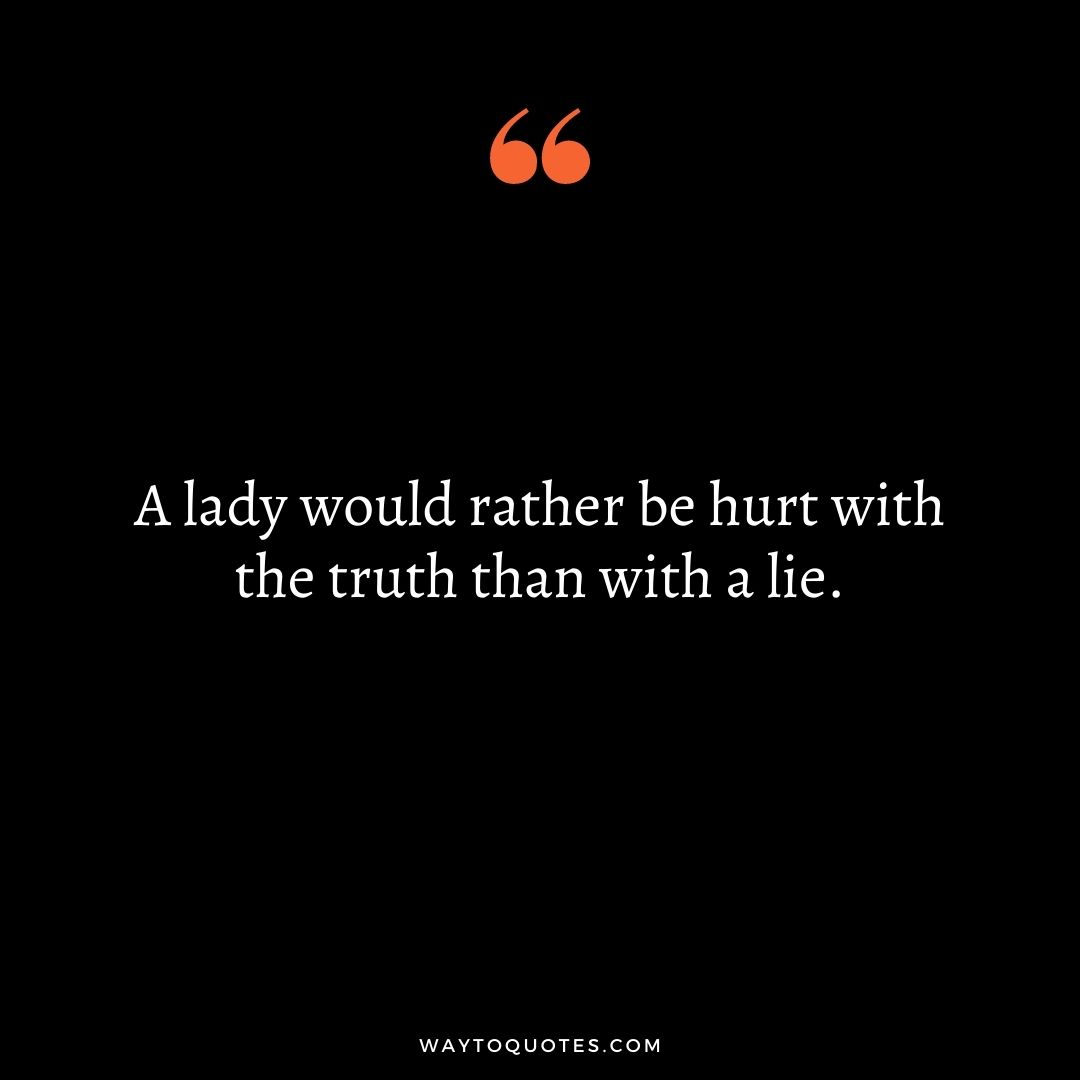 100. “When it comes to the truth and lies, I did much rather hear a painful truth than a comforting lie.”

A liar once caught is never trusted the same way again and distrust can lead to the end of any relationship, even where there is a lot of love. Because nobody wants to stay with a person who says that they love but you cannot tell if they really do. So say what you do and do what you say.