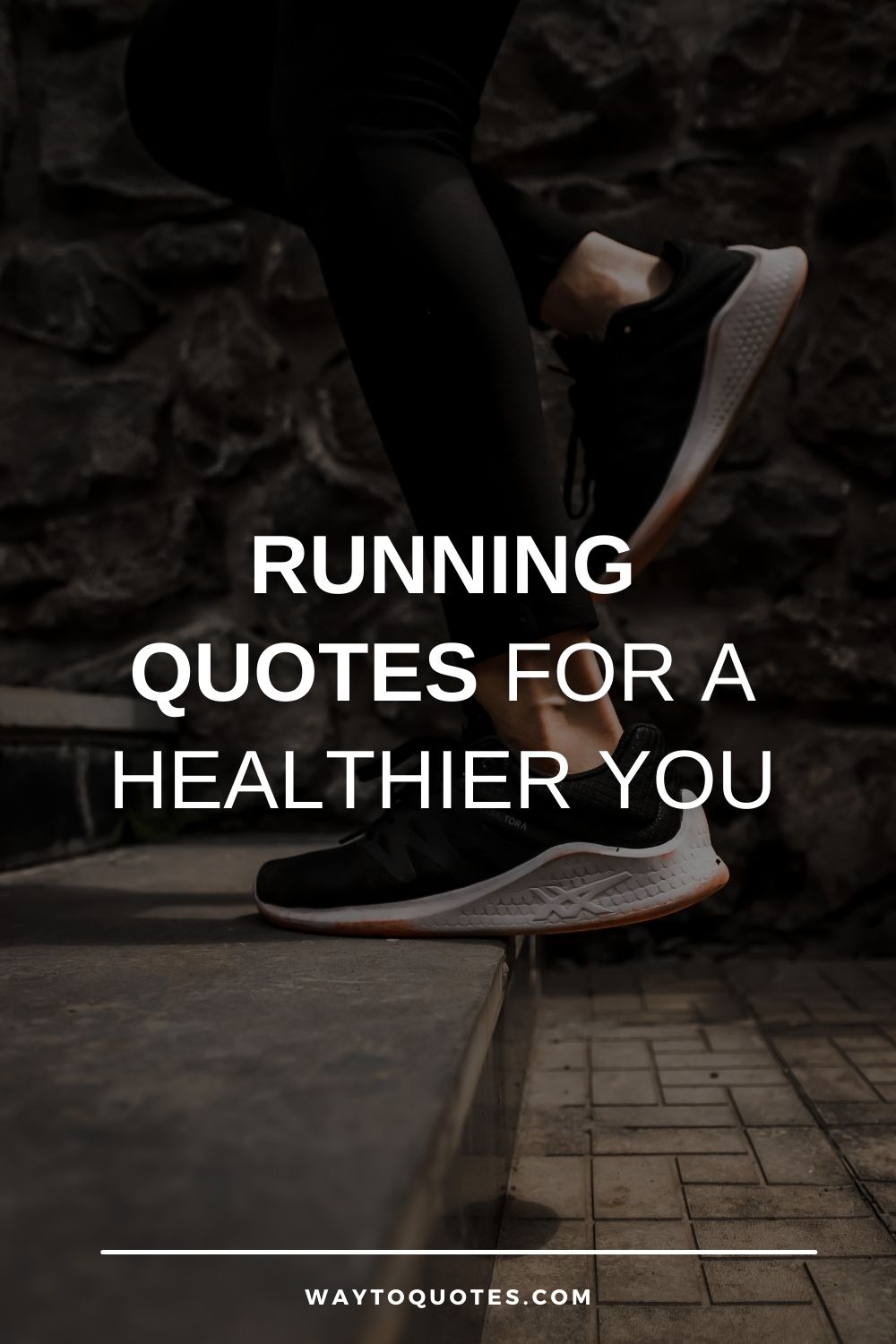 If you are running away from your problems then you might want to stop, face your problem, find a nice solution and then start running for your health. This is the best way to live life and no one can convince us for any other way except for the people for whom running is not the best way to stay fit and healthy because of some medical conditions, for everyone else, run. Run with these best and most inspiring Running Quotes and Sayings.

Running is one of the best forms of cardio workout which helps to move almost every muscle in your body at high intensity, all at a time. Running is not only a great way to stay fit but also to lose those extra pounds. Plus if you ditch your treadmill and decide to run outside, on a beautiful morning or evening, amidst nature then it would not only benefit your physical health but also can uplift your mood.

In general, every physical workout is known to be a stress buster so if you are feeling a bit tensed, then put on your running shoes and go for a sprint. And for your running motivation, take a look at these Running Quotes and Sayings:

2. “Once you’re beat mentally, you might as well not even go to the starting line.” -Todd Williams

3. “The freedom of Cross Country is so primitive. It’s woman vs. nature.” – Lynn Jennings

4. “It’s at the borders of pain and suffering that the men are separated from the boys.” – Emil Zatopek

5. “The will to win means nothing without the will to prepare.” – Juma Ikangaa

6. “A good laugh and a long run are the two best cures for anything.” -Unknown

7. “Running is real and relatively simple… but it ain’t easy.” – Mark Will-Weber

8. “Running is my private time, my therapy, my religion.” – Gail W. Kislevitz

10. “If you don’t have answers to your problems after a four-hour run, you ain’t getting them.” – Christopher McDougall 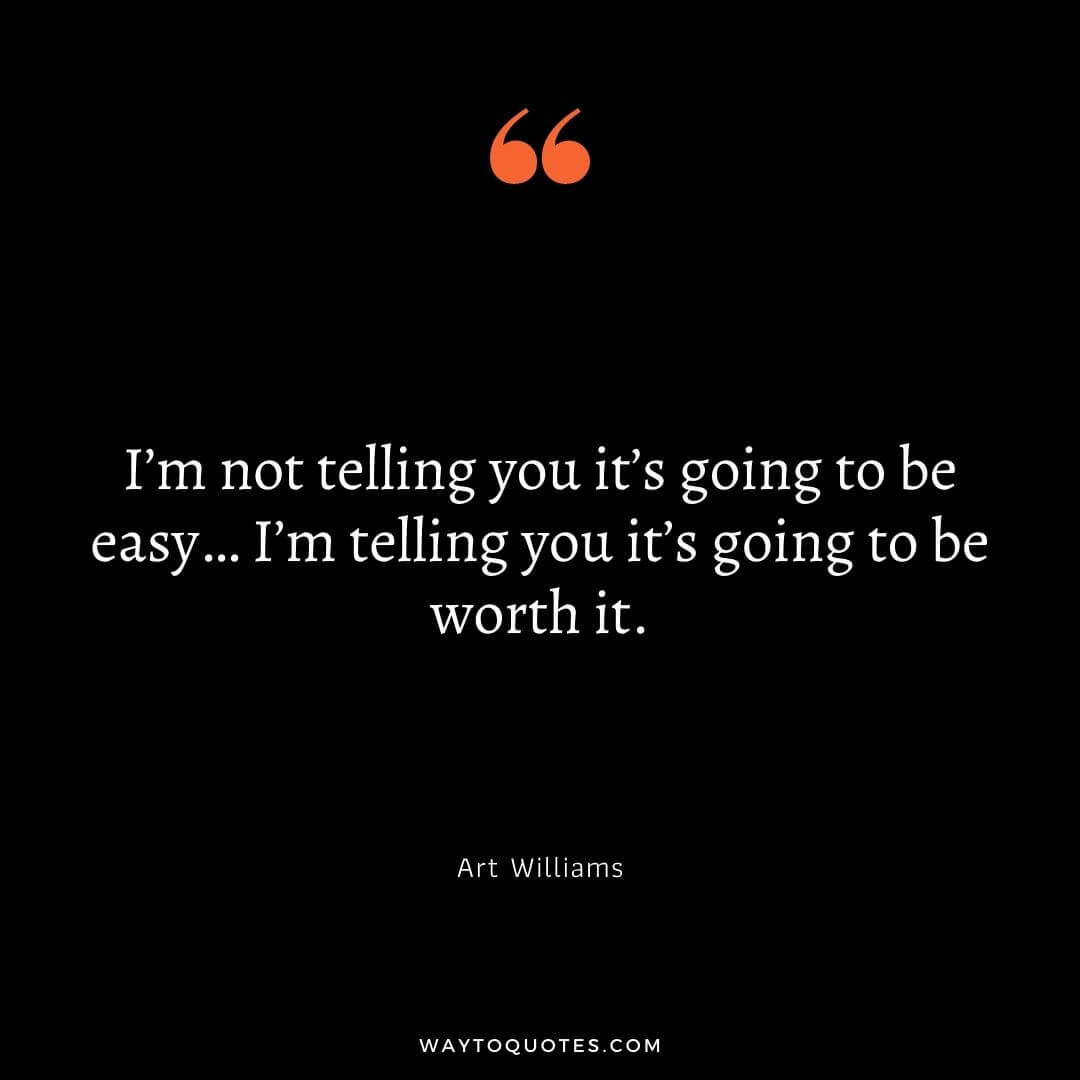 14. “Fast running isn’t forced. You have to relax and let the run come out of you.” – Desiree Linden

15. “Running is a thing worth doing not because of the future rewards it bestows, but because of how it feeds our bodies and minds and souls in the present.” – Kevin Nelson

16. “Only those who risk going too far, can possibly find out how far one can go.”- T.S. Elliot

17. “I hated every minute of training, but I said, “Don’t quit. Suffer now and live the rest of your life as a champion.” – Muhammad Ali 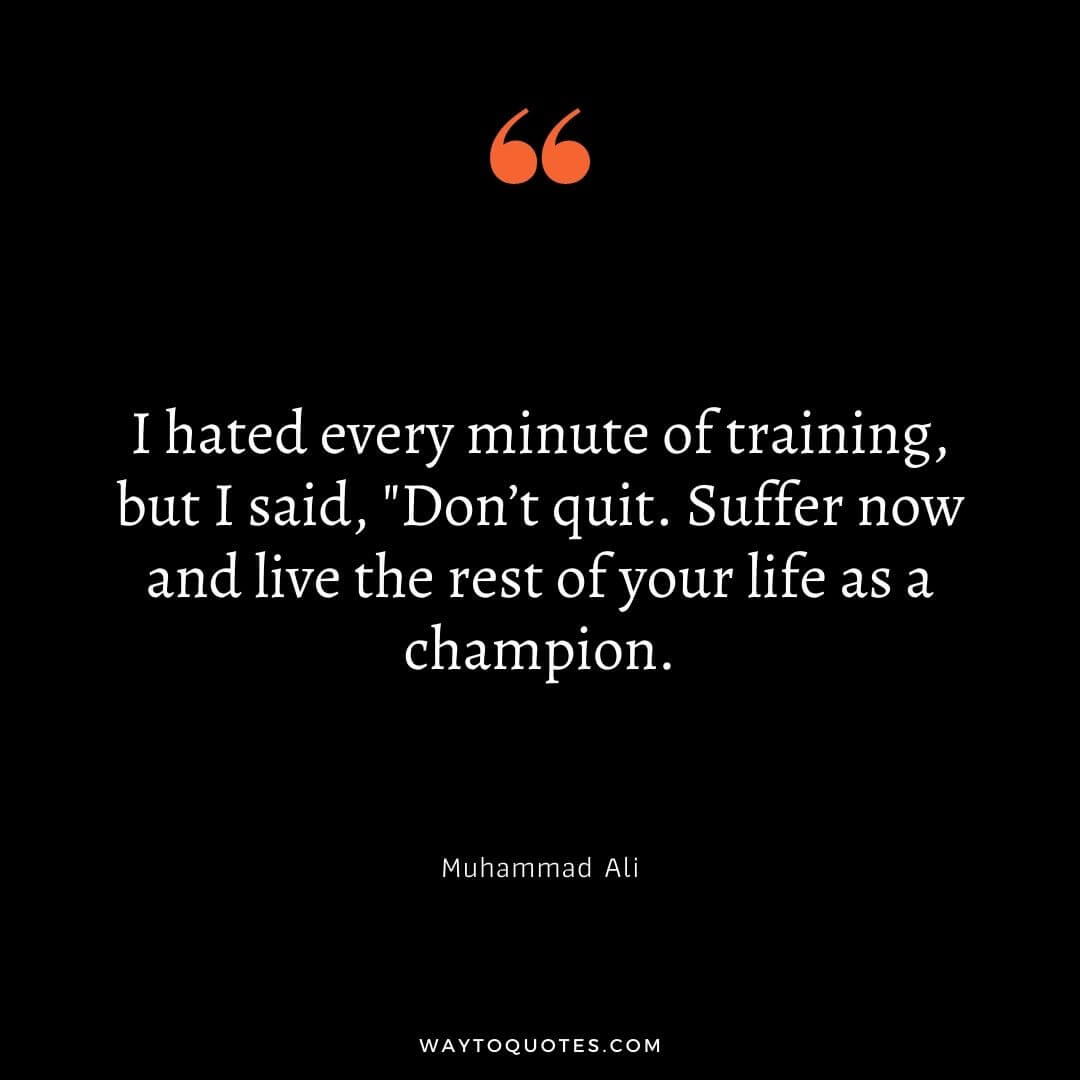 19. “Running is about finding your inner peace, and so is a life well lived.” – Dean Karnazes

20. “There’s not one body type that equates to success. Accept the body you have and be the best you can be with it.” – Mary Cullen

22. “Runners are made when no one else is watching.” – Unknown 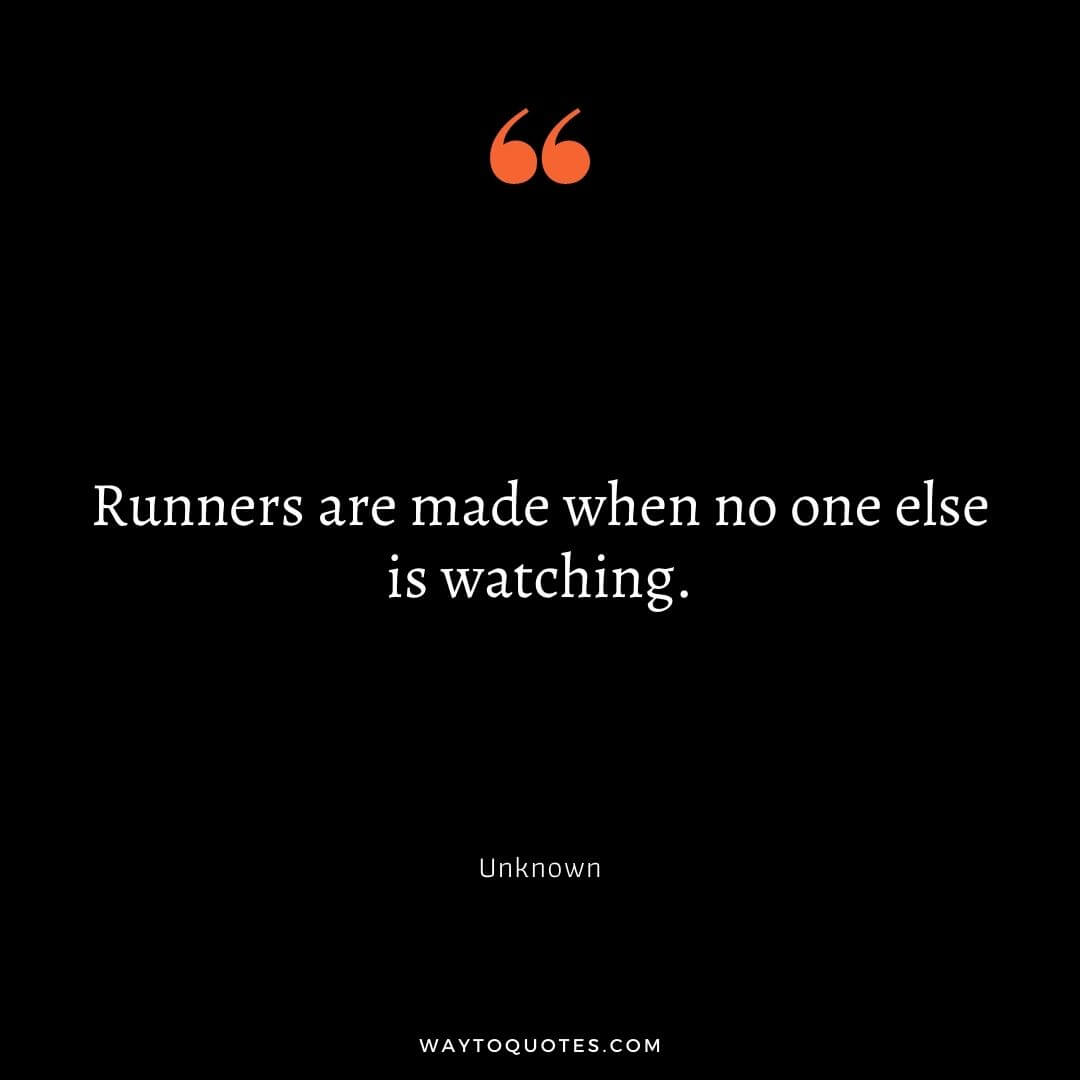 23. “If you are losing faith in human nature, go out and watch a marathon.” – Kathrine Switzer

24. “You would run much slower if you were dragging something behind you, like a knapsack or a sheriff.” – Lemony Snicket

25. “The reason we race isn’t so much to beat each other,… but to be with each other.” – Christopher McDougall

26. “I’ve learned that it’s what you do with the miles, rather than how many you’ve run” – Rod DeHaven

27. “Running is in my blood-the adrenaline flows before the races, the love/hate of butterflies in your stomach.”-Marcus O’Sullivan 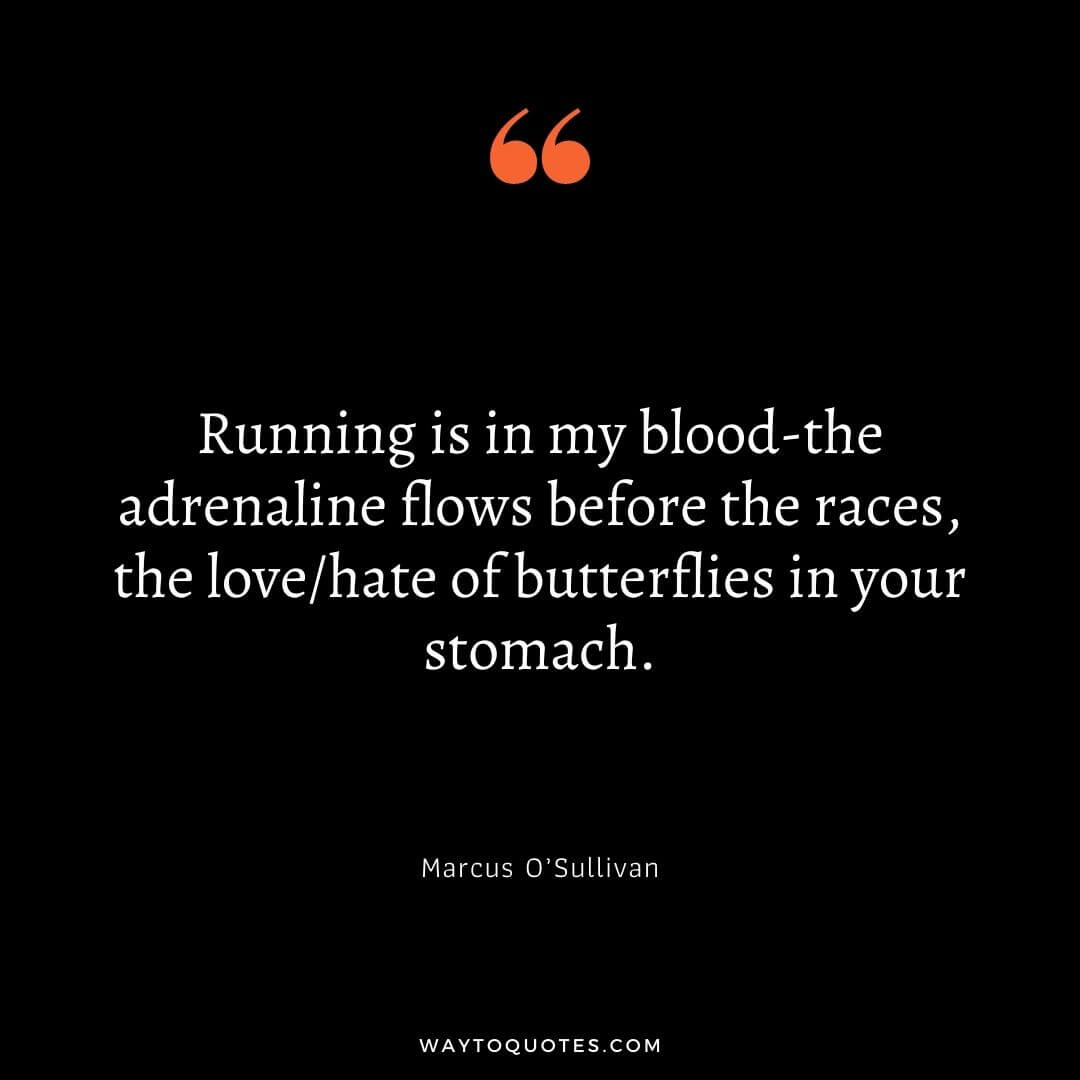 28.  “A lot of people run a race to see who’s the fastest. I run to see who has the most guts.” – Steve Prefontaine

29. “No matter how old I get, the race remains one of life’s most rewarding experiences.”-George Sheehan

30. “Run in the morning … before your brain figures out what your body is doing!” – Anonymous

31. “Run like hell and get the agony over with.” – Clarence DeMar

32. “The real purpose of running isn’t to win a race. It’s to test the limits of the human heart.” – Bill Bowerman 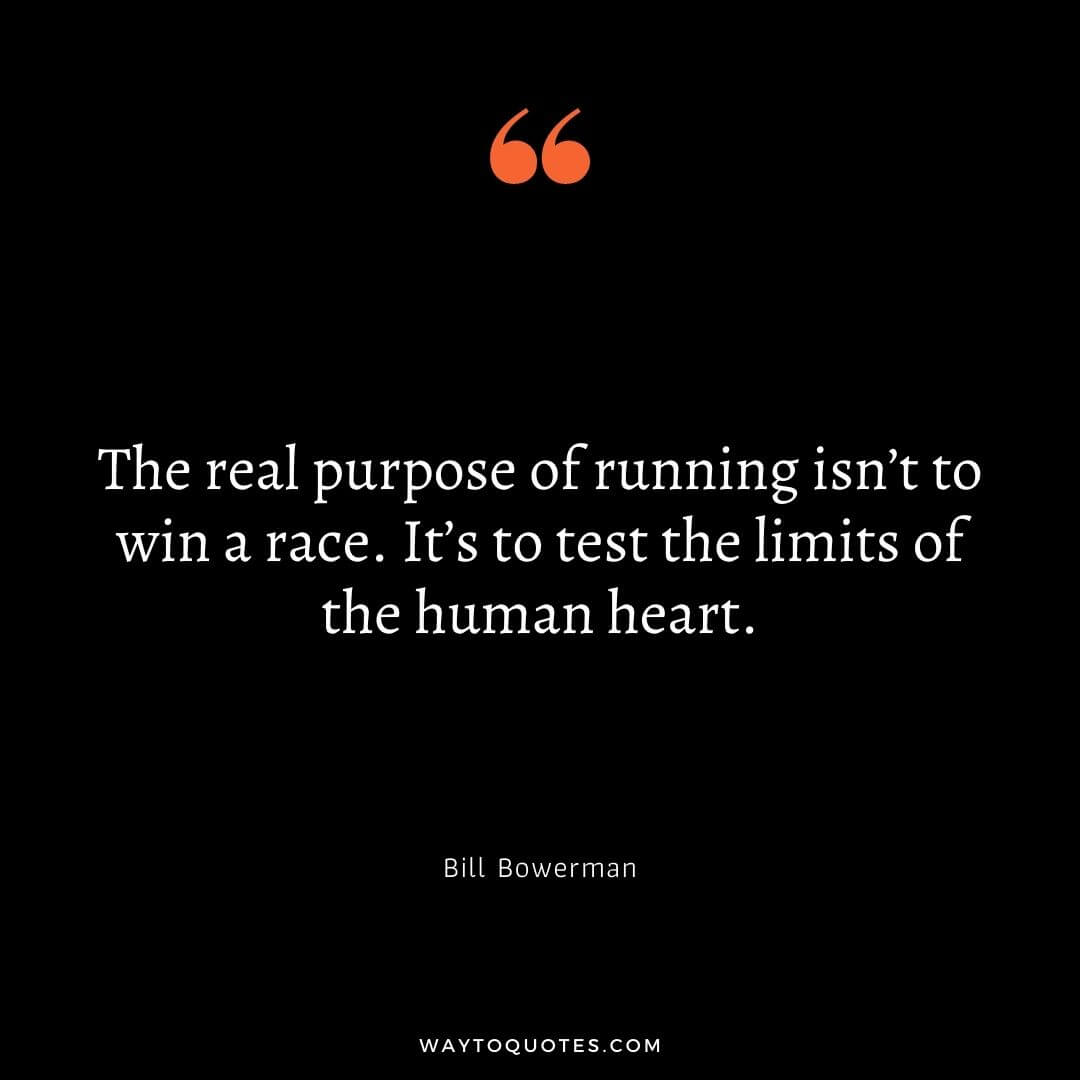 34. “I started running to escape the memories that drinking couldn’t cover up”- Dean Karnazes

35. “Running is alone time that lets my brain unspool the tangles that build up over days” – Bob Hneisen

36. “The man who moves a mountain begins by carrying away small stones.” – Confucius 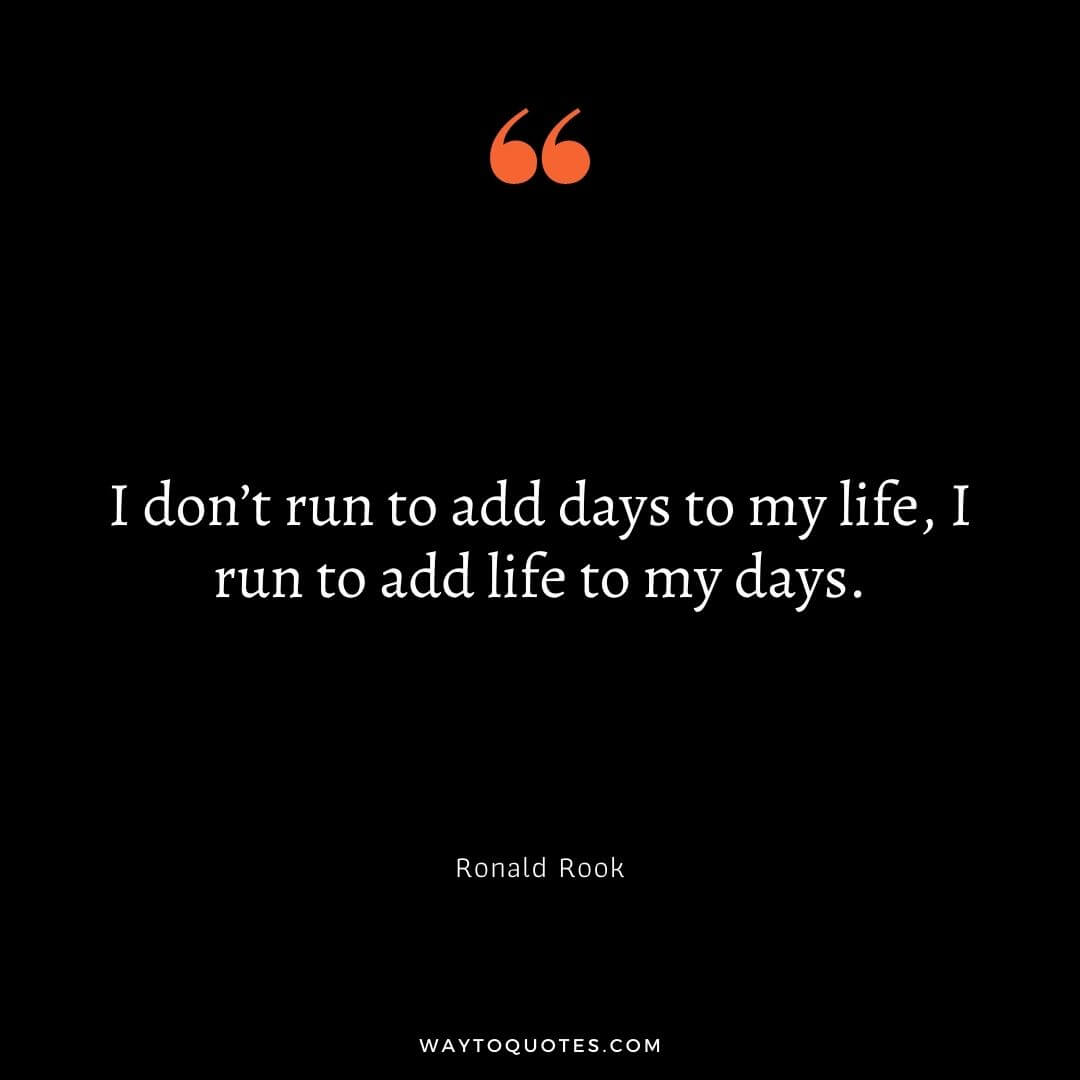 38. “In running, it doesn’t matter whether you come in first, in the middle of the pack, or last. You can say, ‘I have finished.’ There is a lot of satisfaction in that.” – Fred Lebow, New York City Marathon co-founder

39. “Running allows me to set my mind free. Nothing seems impossible. Nothing unattainable.” – Kara Goucher

40. “Running is the greatest metaphor for life, because you get out of it what you put into it.” – Oprah Winfrey

42. “Running has been my main form of exercise. I’ve been running five or six days a week. I love it.” -Natalie Coughlin 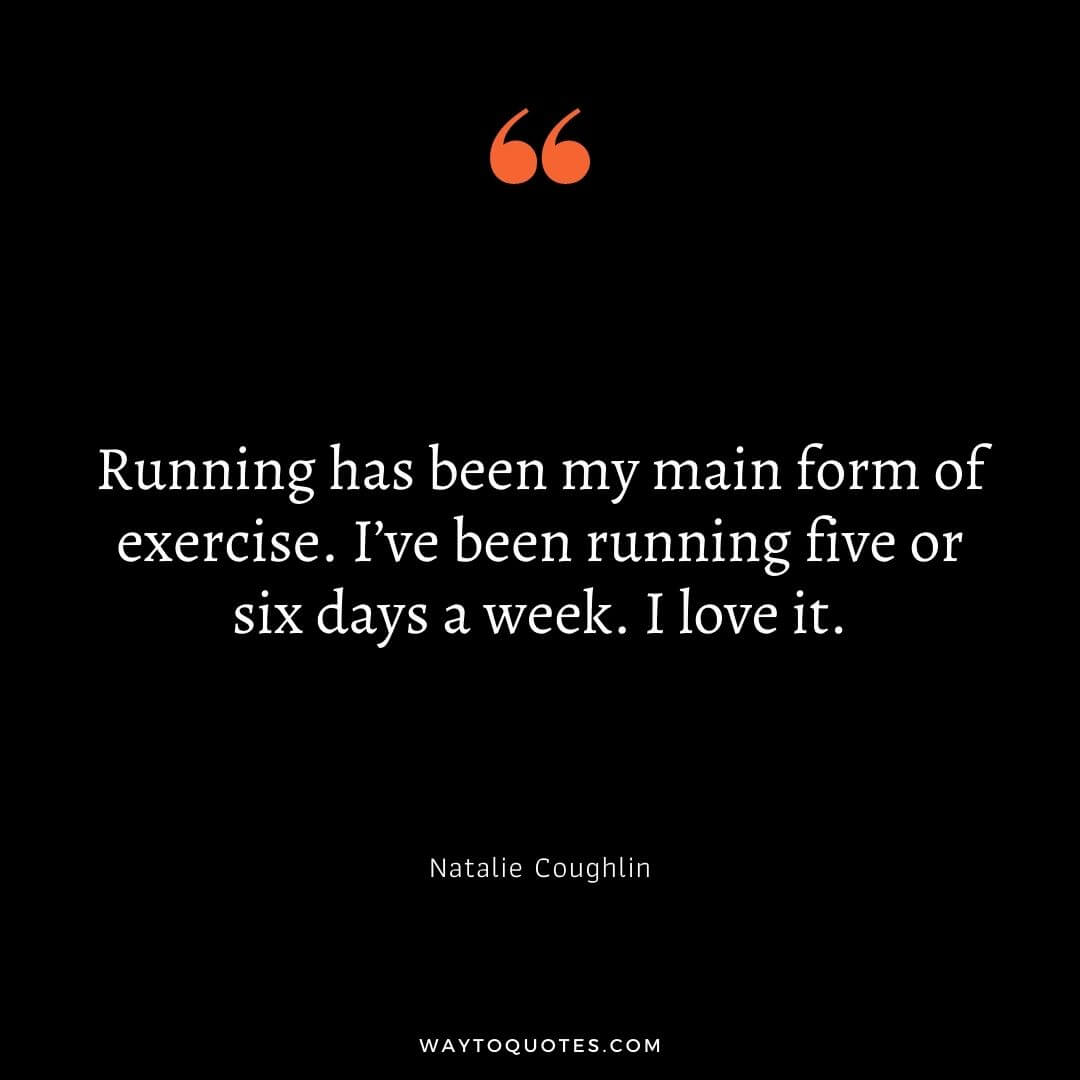 43. “It started to become what I looked forward to most; it was the only time I got to be in my own head.” – Rob Riggle

46. “Running is the basis of all the training that I do…it’s like an escape.” – Ellie Goulding

47. “Fast running isn’t forced. You have to relax and let the run come out of you.” – Desiree Linden

48. “I’ve given myself a thousand reasons to keep running, but it always comes back to self-satisfaction.” – Steve Prefontaine

49. “I’ll be happy if running and I can grow old together.” – Haruki Murakami

52. “Go fast enough to get there, but slow enough to see.” – Jimmy Buffett 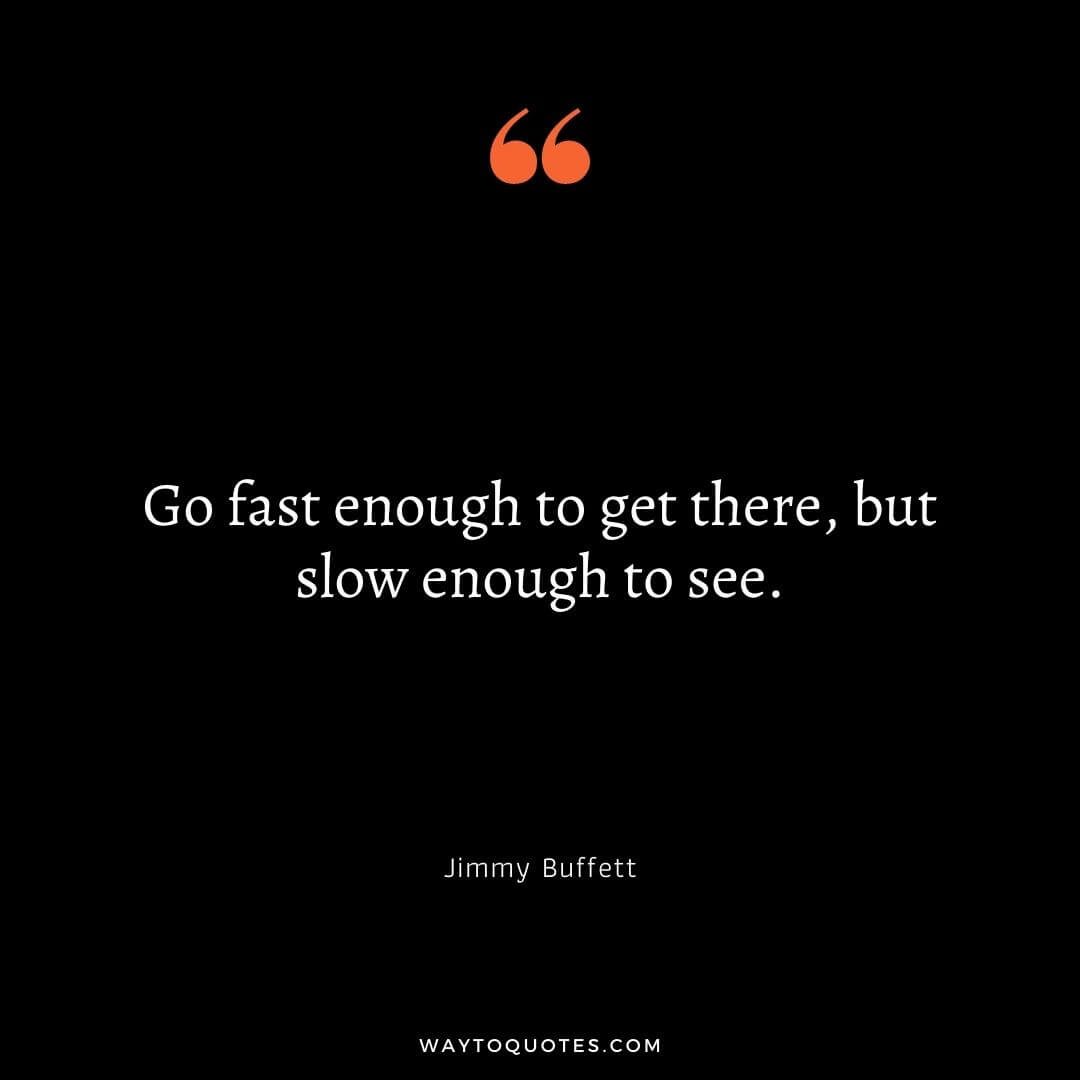 54. “You have a choice. You can throw in the towel, or you can use it to wipe the sweat off of your face.” – Gatorade

56. “The pain of running relieves the pain of living.” – Jacqueline Simon Gunn 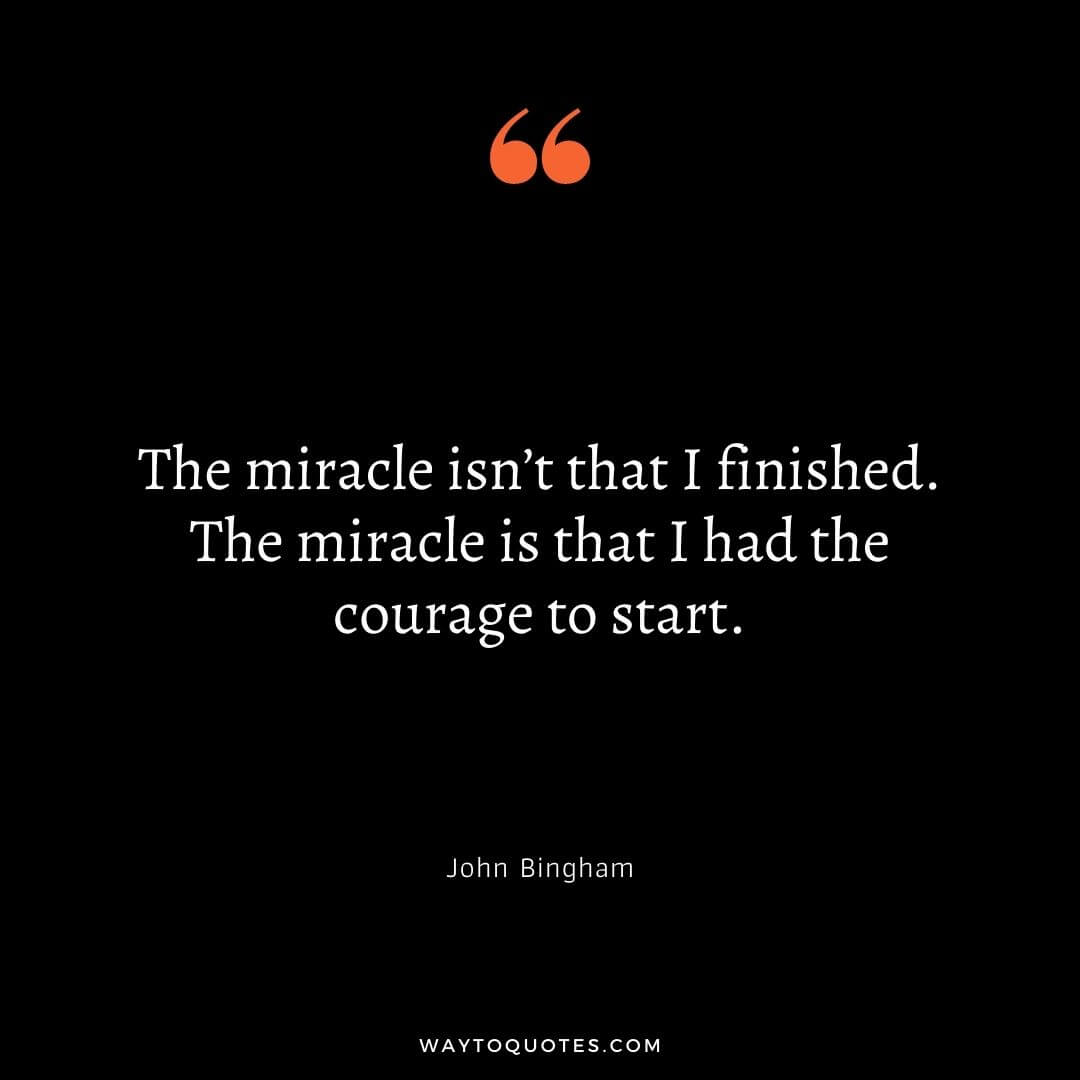 58. “If you want to become the best runner you can be, start now. Don’t spend the rest of your life wondering if you can do it.” – Priscialla Welch

59. “There are clubs you can’t belong to, neighbors you can’t live in, schools you can’t get into, but the roads are always open.” – NIKE

60. “He taught me to run high on my toes. I will always remember his words: run proud & remember you are alive.”- Brian Andreas

62. “Running is therapy anyone can afford.”- Toni Sorenson 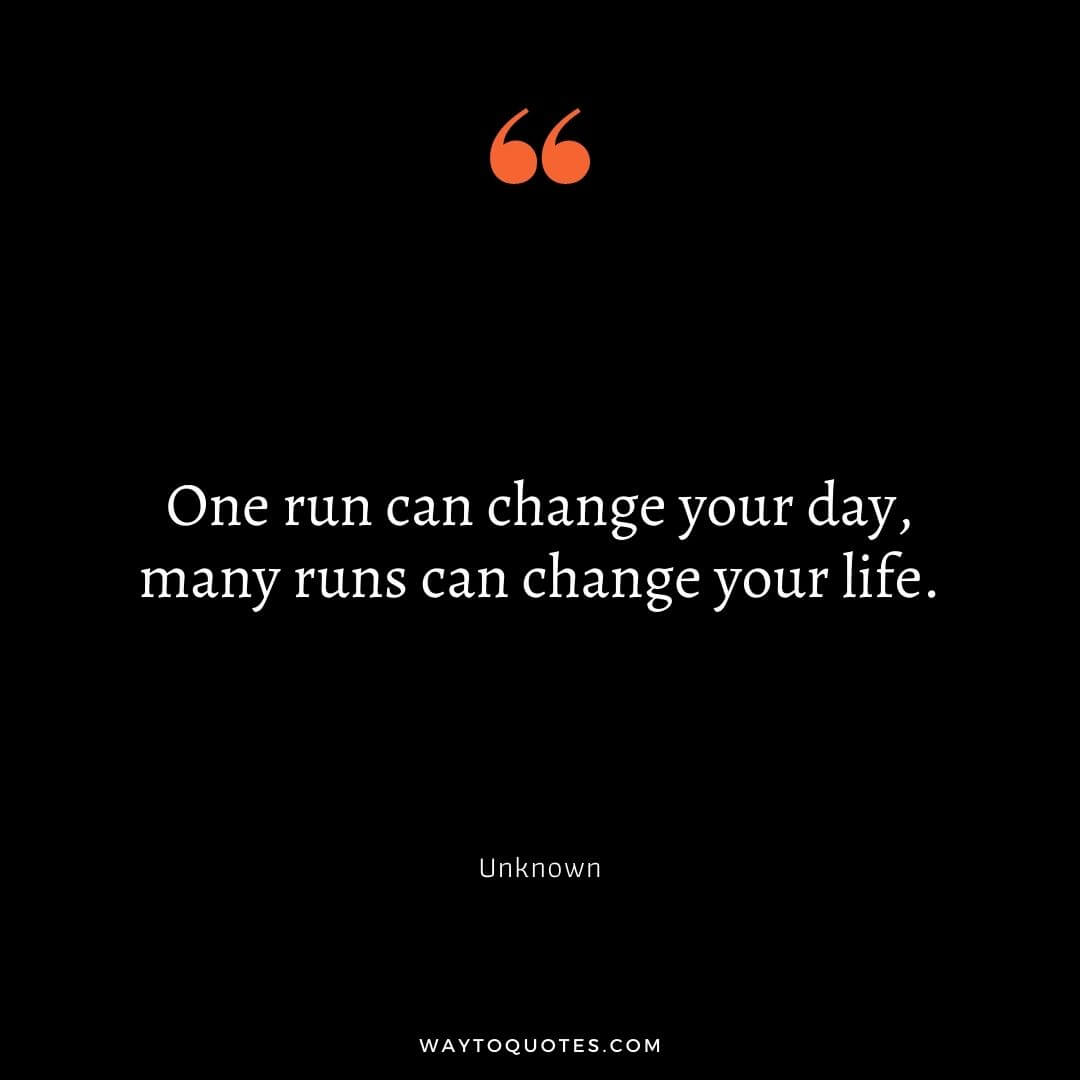 68. “Someone who is busier than you is running right now.” – Nike

70. “You must do the thing you think you cannot do.”- Eleanor Roosevelt 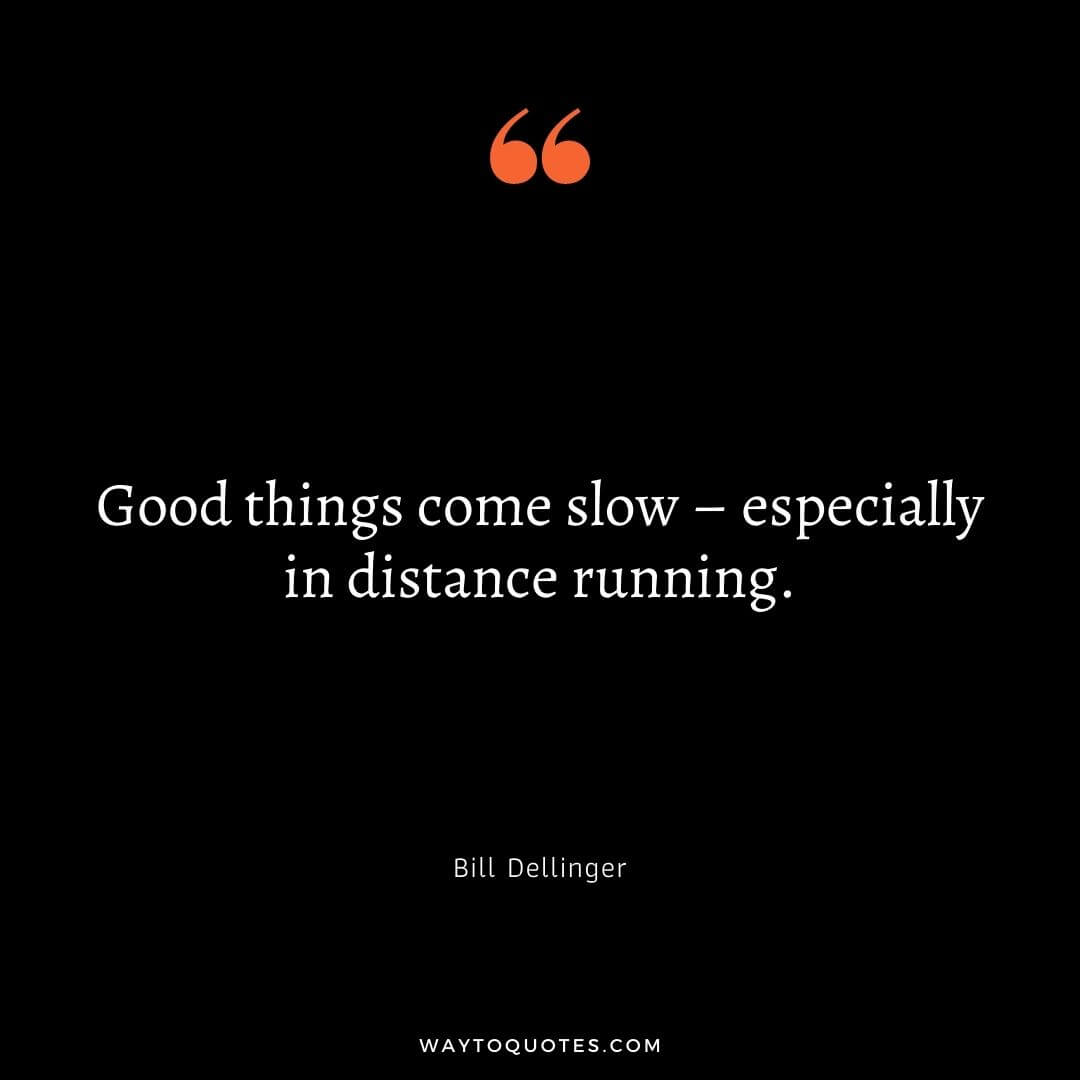 74. “How do you know if someone ran a marathon? Don’t worry, they’ll tell you.” – Jimmy Fallon

75. “It’s an acquired skill, being able to discuss your love life, children, and friends, all while you’re running! But we have mastered it.” – Reese Witherspoon

77. “There is magic in misery. Just ask any runner.” – Dean Karnazes 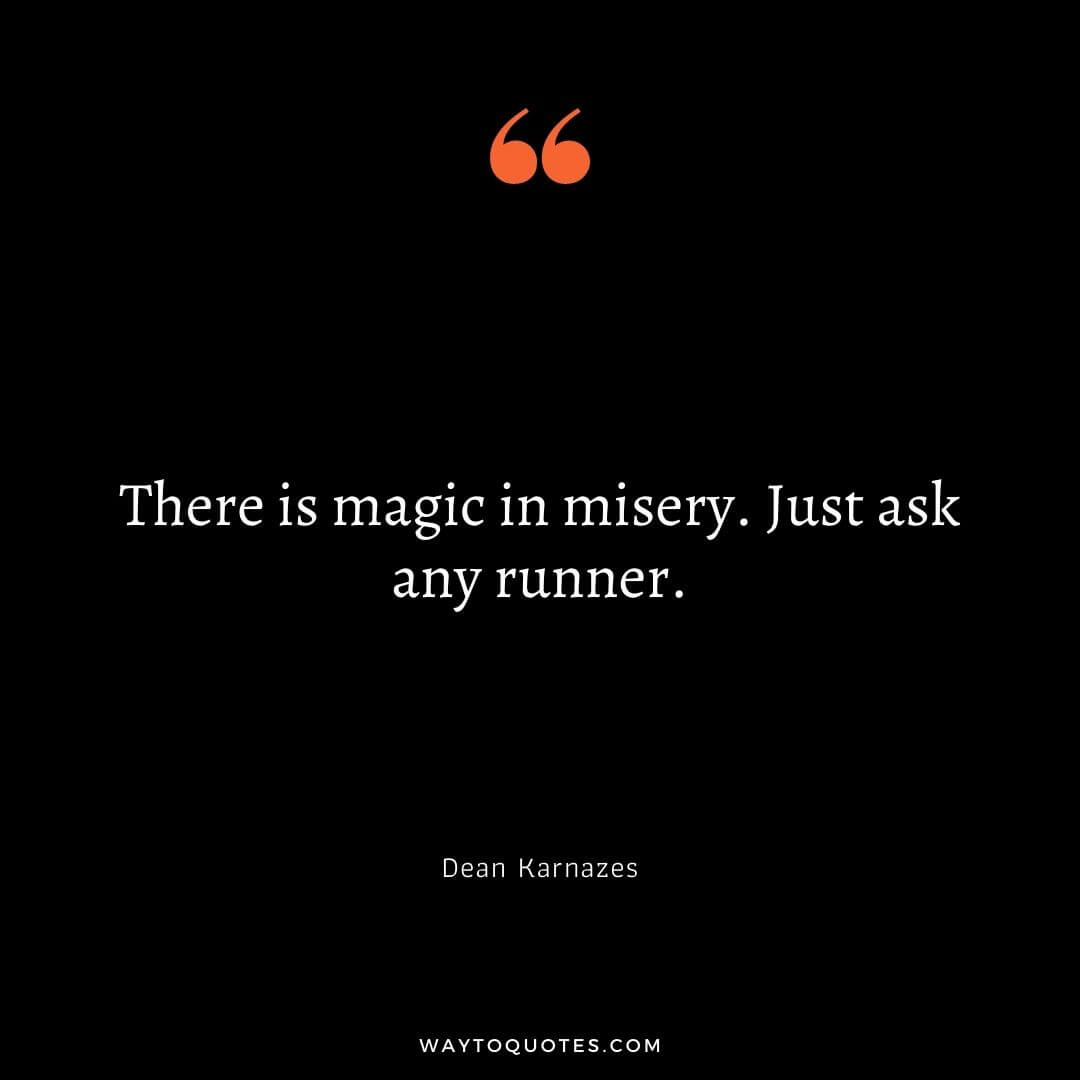 78. “Run like hell and get the agony over with.” – Clarence DeMar

79. “Step one to running a marathon: You run. There is no step two.” – Barney Stinson

80. “Whoever established the high road and how high it should be should be fired.” – Sandra Bullock

81. “The trouble with jogging is that, by the time you realize you’re not in shape for it, it’s too far to walk back.” – Franklin P. Jones

82. “My doctor told me that jogging could add years to my life. I think he was right. I feel ten years older already.” – Milton Berle 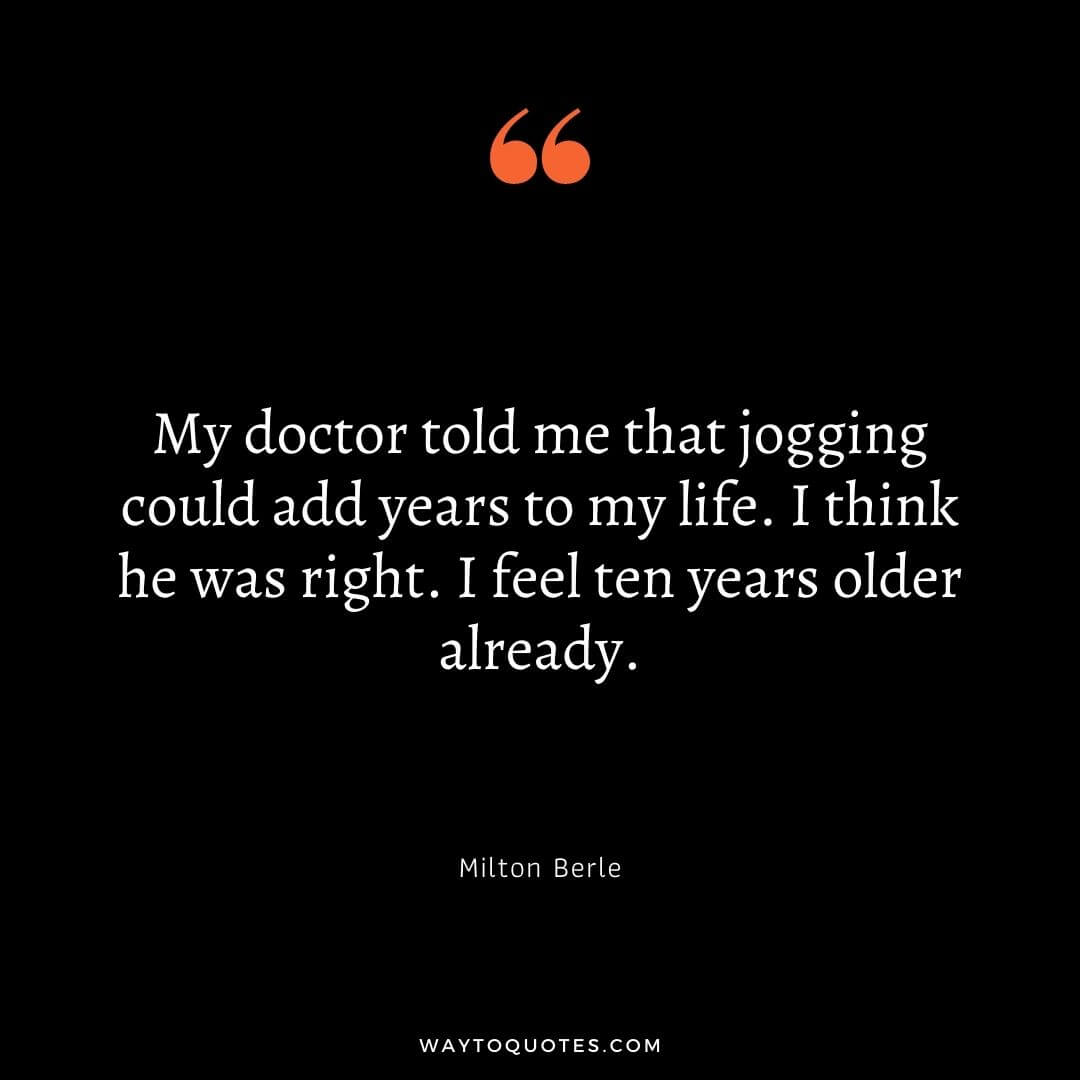 83. “We can’t all be heroes because someone has to sit on the curb and clap as they go by.” – Will Rogers

84. “I go running when I have to. When the ice cream truck is doing sixty.” – Wendy Liebman

85. “Coming back to running after a few weeks off is really tough. It’s humbling. Nothing wrong with a large dose of humility.” – Davina McCall

86. “I love running cross country. On a track, I feel like a hamster.” – Robin Williams

87. “I go for a three-mile run every morning,” – Victoria Beckham 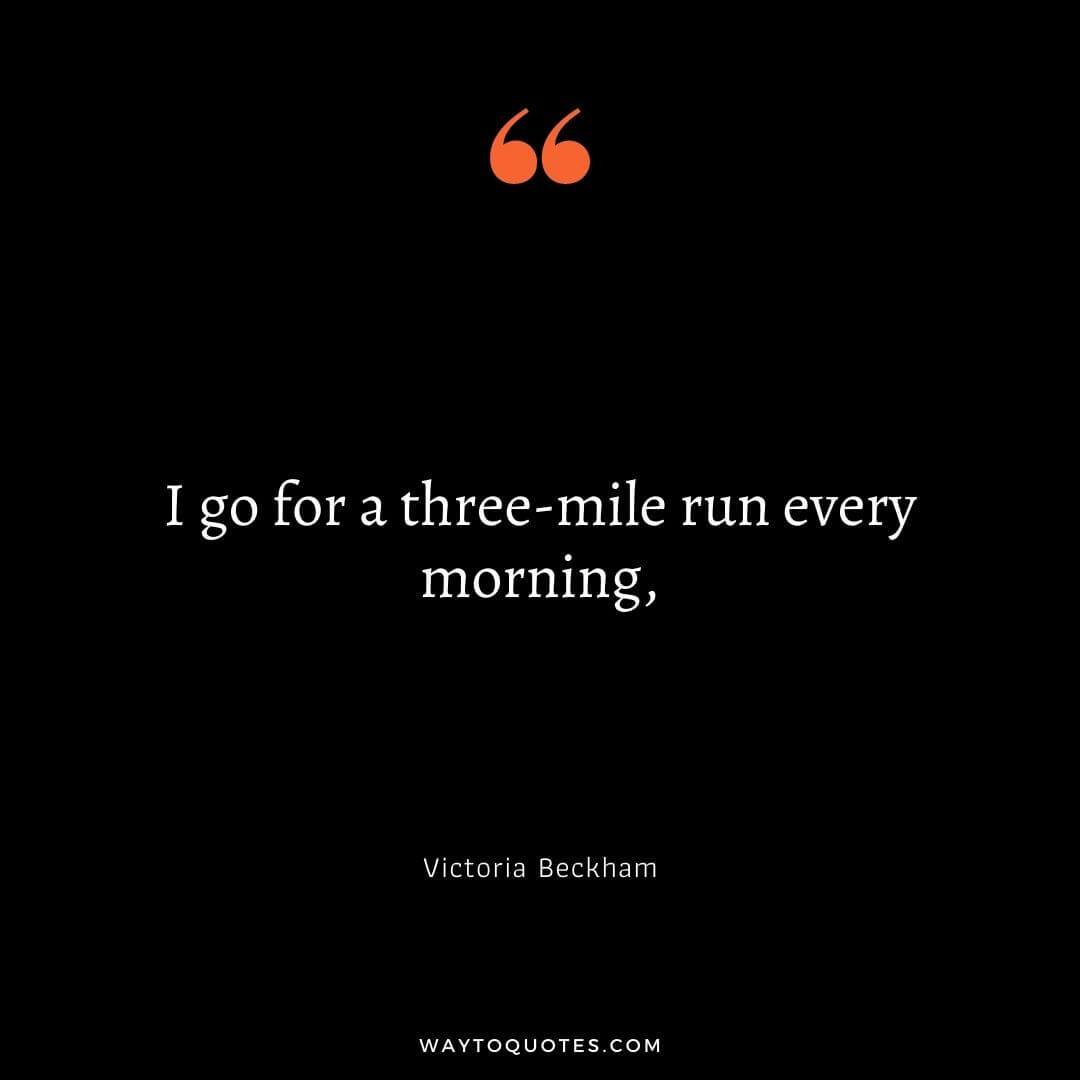 88. “Jogging is very beneficial. It’s good for your legs and your feet. It’s also very good for the ground. It makes it feel needed.” – Charles M. Schultz

90. “If you still look cute after working out, you didn’t go hard enough.” – Unknown

Our body is a temple and this temple needs to stay fit so that you can enjoy and live your life to the fullest. So do what you can to stay healthy and fit, eat right, workout, sleep well and drink a lot of water. And we will be right back after our mini run in the nearby park, till then, have a great time.